I was digging through some boxes recently and chanced upon these two models of a PAK 36 and  PAK 43 that I bought two decades ago and that I had never really done anything with. They were  painted them, but it was looking tired and the PAK 43 even had the split trail legs glued on upside down! So I got out the trusty old paint stripper and bought some crew from Peter Pig. 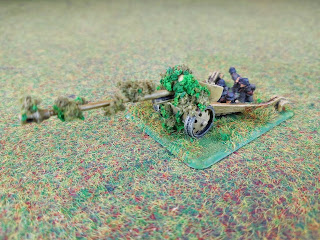 I can't remember for the life of me where the PAK 43 came from originally, it may have been Peter Pig, but I can't find the model again on their website. All in all, it's not a great kit and the wheels were a pig to glue in place, but I didn't want to waste it. 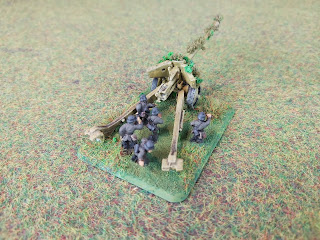 To cover the inadequacies of the model, I decided to cover it in foliage like a lot of the German guns used in the later part of the war. This was an easy job using clump foliage and I think it adds a little bit of interest to the gun. 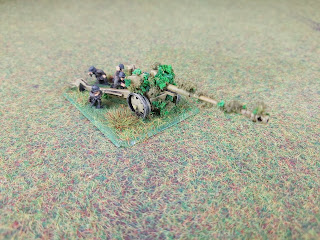 I also stripped and repainted the PAK 36, this was a nicer model and I am sure it was the Peter Pig model from their German guns range. 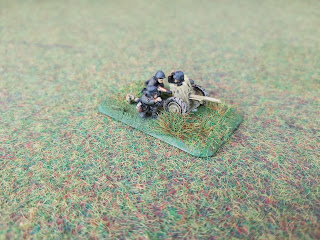 I decided to paint this in later war German dark yellow, which is probably not completely historically correct, but there probably would have been plenty around that may have been painted in this colour from 1943 onward. 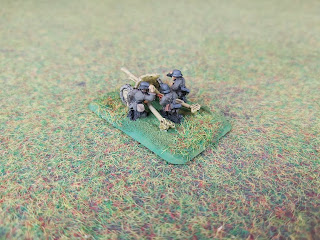 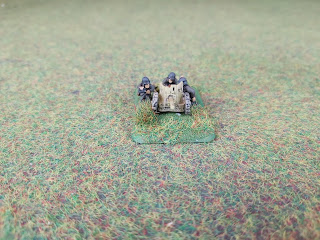 I am happy with how these old models turned out with a bit of TLC.

Meanwhile, over on the Storm of Steel Youtube channel, the latest video is an account of the Battle of Gemas, fought on the 14th of January 1942 between the Australians and the Japanese during the campaign in Malaya. Find out more about the action here (and please subscribe to the channel!):