Four years ago, I painted my first 6mm Napoleonic figures. I then had the mad idea of recreating the armies of the Waterloo Campaign. I thought it was a struggle to finish the Anglo-Allied army, but I persevered and managed to do it after three and a half years of work. Whilst working on the Allies, I also plugged away at the French. And here is the last french unit, the 14th Cavalry Division. This heavy cavalry unit was commanded by Général de Division Jacques-Antoine-Adrien Delort and consisted of the 5th, 6th, 9th and 10th Cuirassiers. It was probably the best equipped and motivated cavalry unit of the Waterloo campaign. At Ligny, it was held in reserve until it charged and routed some Prussian cavalry. They even unhorsed Blucher, although they failed to spot him in the confusion. 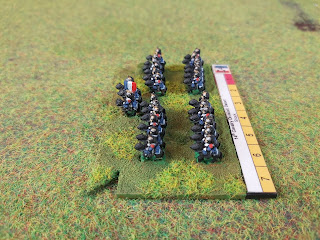 At Waterloo, they were held in reserve initially, until the 5th and 10th supported Jaquinot's Lancers in their counter attack on the Allied heavy cavalry. Finally, they reluctantly joined the massed cavalry assault at 3.30 pm. 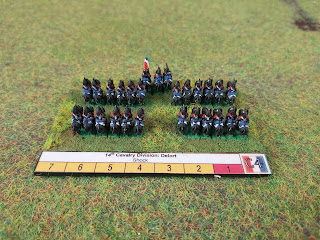 So, this is the last corps of the French; the Cavalry (Reserve) Corps: 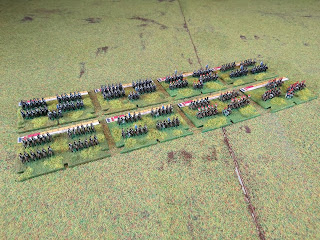 Now that the cavalry are complete, I have a video of the entire army, which I will post as the next post of this blog. Please stay tuned for the big reveal....

Also, the other day I did some refurbishing of my old trees, I made a video about how I went about re-basing them. Have a watch of it here (and please subscribe to the channel!):