The 11th Cavalry Division in 1815 was commanded by Général de Division Samuel-François Lhéritier and consisted of the 2nd & 7th Dragoons, and the 8th and 11th Cuirassiers regiments. 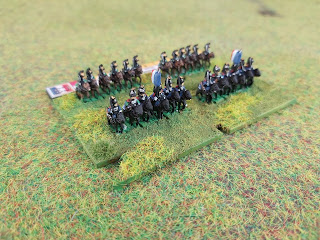 Being made up of Dragoons and Cuirassiers this unit was a heavy cavalry division, relying on shock to defeat their enemies. The Cuirassiers fought at Quatre-Bras on the 16th of June, successfully charging the Allied line at the crossroads. 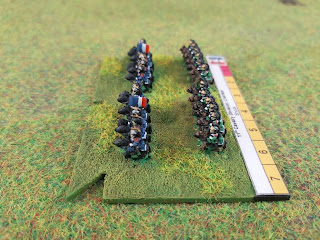 At Waterloo on the 18th of June, the unit spent most of the day on the west of the Charleroi-Brussels road watching the action until they joined the fray at 5.00pm losing 800 men in the process. 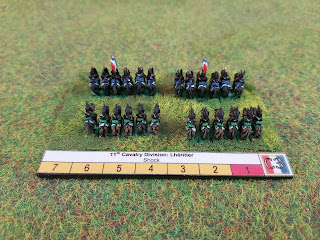 From a personal point of view this was an exciting unit to paint for me, as I have been looking forward to painting the Cuirassiers since starting this project. My favourite cavalry of the Napoleonic wars, I see them as the Tiger Tanks of the early 19th century!

On Saturday the 7th, Dean, Ninjasaurus and myself went over to Wakefield to call in at the Recon 2019 show. It's a small show and the last one of the year (in the north anyway), but it was busy and there were some good games on show. Here is a video report of the show, have a watch here (and please subscribe to the channel for more in the future!):