I am working my way steadily through the Hotwheels cars I bought and one of the ones I wanted to tackle was this HumVee. I wasn't entirely sure what to do with it, but I stuck a radar dish and a pair of machine guns on the bonnet. 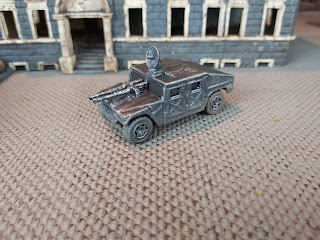 I painted it in black, but was a bit stuck on the weathering, so I added some Flory Washes in white, but that looked too stark, so went back to thinking. In the end, I gave it a light drybrush in Bolt Gun Metal in an attempt to give the black a metallic look. 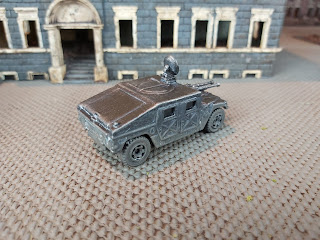 I also added a bit of weathering from dust, but I am not entirely sure I am happy with it. I may come back to it in the future, but I'm putting to one side for now. 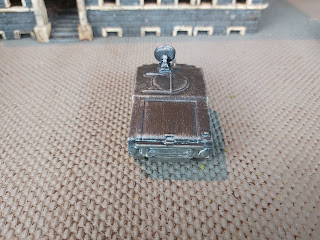 A little while ago whilst we were at FIASCO, we called in to the Royal Armouries to have a look at their science-fiction display. It's pretty small, but has a couple of really nice props, like this Pulse Rifle from Aliens. 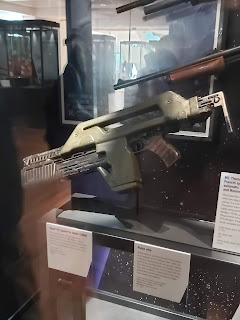 Along with this original Star Wars blaster pistol. A really nice thing to see! 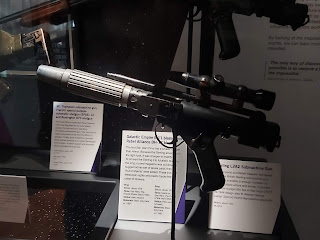 They also had a couple of props from Monty Python and the Holy Grail, this helmet: 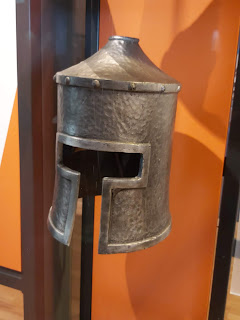 And this one from the French Knights: 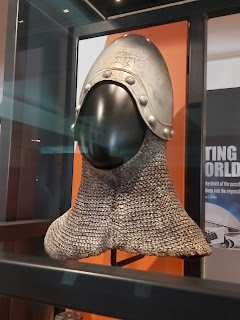 And in a nice display, Darth Vader's helmet was on display some of the other historical helmets that had inspired the design. Unfortunately, this was a reproduction of Vader's helmet, but a good display all the same. 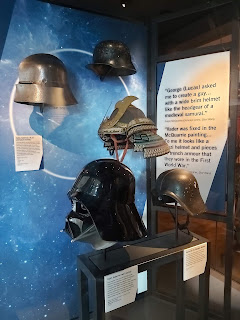 While you have go this far, please check out the latest video on the Storm of Steel Wargaming Channel on Youtube (a please subscribe!). This is about the Battle of Kampar, part of the ongoing Second World War in the Far East series.