The end is in sight! Having completed the last French infantry brigade, I have moved on to the four Cavalry Corps. The first unit is the 4th Cavalry Division, commanded by Général de Division Baron Pierre Benoît Soult. 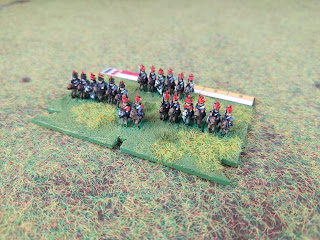 Pierre Soult was the brother of Nicolas Soult, one of Napoleon's Marshals and had commanded a cavalry division since 1813. The 4th Division consisted of the 1st, 4th and 5th Regiment of Hussars. 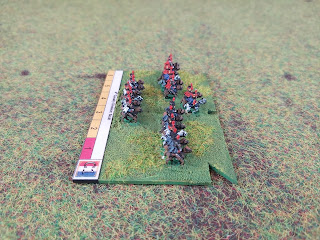 The division (or part of it) was present at the combat at Gilly on the 15th of June 1815 and was at Tongrinne on the 16th. 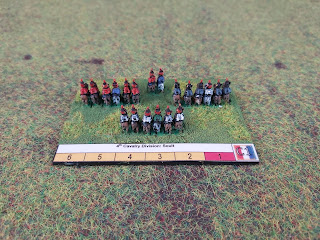 This was a nice colourful unit to paint and the cavalry take about half the time to finish than the infantry. The information for this post came from Mark Adkin's Waterloo Companion

Also, I went to Steel Lard in Sheffield last weekend (video coming soon), one of the games was a Chain of Command game set in Cambrai 1917, the chap who was hosting, Chris has written up an AAR, using some of my photos. Read it here: Cock Up At Cambrai


And finally, before I release the Steel Lard video, enjoy this video about the forthcoming Warlord Games Judge Dredd miniatures game on the Storm of Steel Wargaming channel (and please subscribe).