Something I never thought I'd say is: "I now don't have to paint another French Infantryman from 1815 ever again!" But I can say that now,m with the completion of the last brigade of the VI Corps of Napoleon's Armee Du Nord of 1815. This is 21st Division under Général de Division Baron François Antoine Teste. 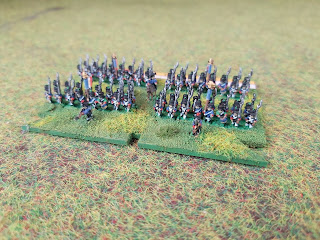 The 21st Division was formed of two brigades, with the 8th Line, 65th Line and 75th Line regiments, but only four battalions in total. For this reason, the entire division has been represented as a single brigade base. 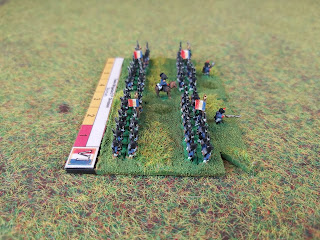 Along with the rest of VI Corps the 21st was delayed in the initial moves during the Waterloo Campaign, was present at Ligny and then later at Wavre. They had very little impact at either engagement. 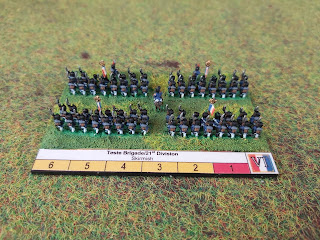 However, they have considerable impact on me! Because this means that I have now finished the final infantry Corps for Napoleon's Armee Du Nord. This was an easy Corps to finish though as it was only four bases, but here they are all together: 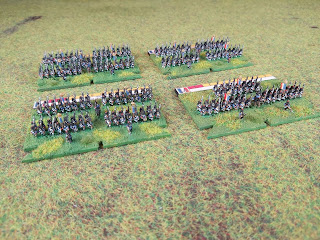 Now, it's on to the last cavalry bases!