Over the last couple of weeks this blog has been a bit quiet in its output. That has largely been because I spent most of August and September excavating various sites at Otterburn, Catterick Garrison and Barry Buddon Training Range. a good time was had by all, and then my wife came back to the UK from Austria for a week and a half. So, my real life was very busy compared to my gaming life. The missus and I played plenty of boardgames, but I wasn't able to paint much. However, I did jump on the bandwagon (pun intended) with Gaslands, published by Osprey Games. 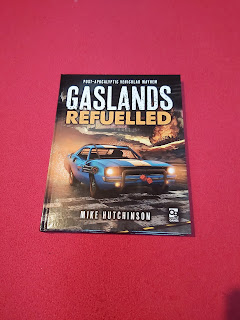 The rules are nice and simple, a bit like Wings of Glory or X-Wing but with cars. With fond memories of teenage games of Game Workshop's Dark Future and a love of Mad Max (especially the latest film, Fury Road) this seems like a great and fun game. Additionally, starting up is cheap with a few boxes of Hotwheels and Matchbox cars in Tesco being all you really need to get started. 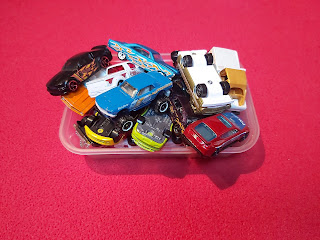 I also ordered some of the new Implements of Carnage from North Star Military Figures, who delivered the set in double quick time! Really good customer service there! This is an excellent set of two sprues of weapons, armour, drivers, motorbikes and other assorted things to make the mayhem even more crazy! 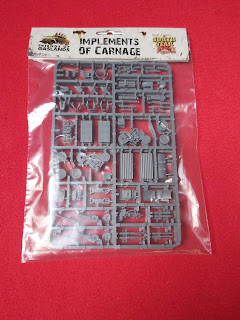 So, I wasted no time in starting to customise my toy cars, starting with the BMW by Hotwheels. I had to learn how to separate the body from the chassis, but it's easy enough with a Dremel and some swearing. I then primed the car ready to add a driver and weapons and this is where I am with it at the moment. 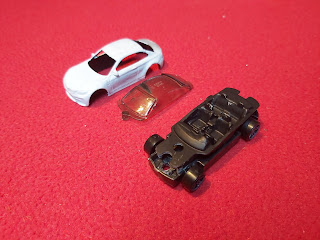 More from Gaslands in the future, but I also recently made a full set of cards for I Ain't Been Shot Mum, the company level World War Two game by The Too Fat Lardies. This has been on my 'to read' list for a while and seems perfect to fill the gap as we seem to be drifting away from Rapid Fire! in recent years. I like the card activation and reasonably simple rules that can be held in your head as you play. I'm looking forward to rolling this out on the table soon. 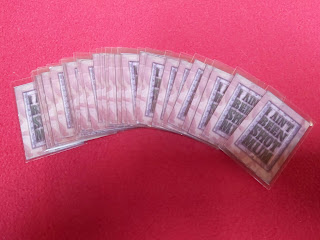 So, that's it for now, this was more of a catch up post than anything else. As you're here, I also uploaded a new video to the Storm of Steel Youtube channel, which is a full playthrough of The Great War PC version. This is a direct copy of the Plastic Soldier Company's excellent board game of the same name and it gives you an idea of the game play. Have a watch here:

All Amazon links are affiliate links which provide me with a small portion of any sales.
Labels: Gaslands IABSM Post Apocalypse