We Don't Need That Scum

A little while ago, Fantasy Flight Games released their new operative for Star Wars: Legion, the bounty hunter Bossk. This was sat on my painting table for a while until I finished him off recently. 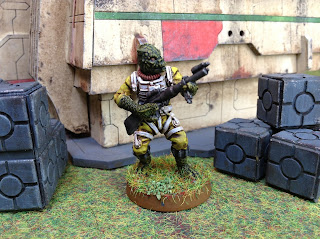 As an operative this fella is not used as a leader, but is an additional character for the Empire. I painted him using the reference for his tiny appearance in The Empire Strikes Back and the skin was done using the new Citadel Contrast Paints. It worked quite well given the scales on the figure. 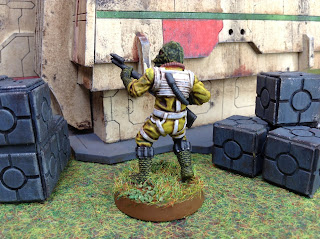 Long time readers may remember that I also bought a 3D printed Bossk figure from Shapeways, and here is a comparison picture of the two figures. The FFG model is far more chunky and detailed than the Shapeways one. There's a lesson there somewhere... 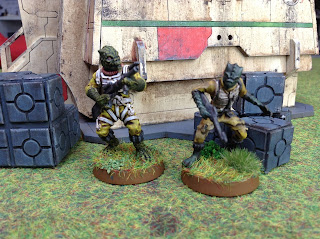 And hot off the press is this latest Storm of Steel Youtube video on the fall of Hong Kong, 1941. This was a little while in the making as I have been working on excavations in Otterburn this week. But please enjoy the video here (and subscribe!):