The other weekend it was Britcon in Manchester. We went, but I didn't get any pictures as it was the Sunday and it had mostly thinned out having already been going since Friday! However, I picked up some British 8th Army figures from Forged in Battle. I will be using these for the British Far East army in Malaya. I started work on the two 25pdrs and here they are: 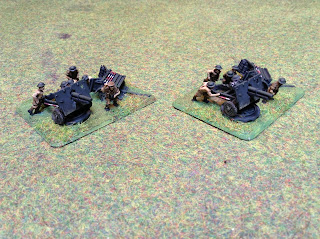 As with all Forged in Battle vehicles and guns these are really nice and well detailed. Some of the figure poses are a little bit ropey, but overall, they are pretty nice. These guns were being used by the Australians and featured in the Johore battery north of Singapore at least according to the Osprey book on the Malaya and Singapore Campaign. 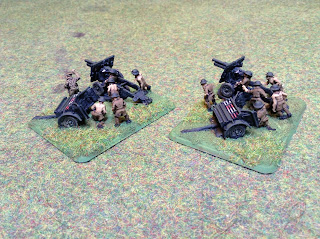 Arguably, the range of the 25pdr guns would usually make them off table, but there may be a point where the Japanese overrun the British gun line and in that case it would be interesting to see how the Japanese tanks fair against these beasts! 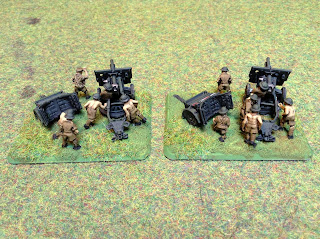 Speaking of wargaming shows, we also went to The Other Partizan on the 18th of August. I shot a lot of footage of the tables there and here it is in this Storm of Steel Wargaming Youtube video. Note, the show was at Newark, not Newbury as it says in the intro!