I am sorry this blog has been quiet of late, I spent most of June in Austria and France on hiooliday and excavating a First World War site (official pictures to follow soon!). Before I went though and recently, Fantasy Flight Games released two new vehicles for Star Wars Legion. I was not interested in the Imperial tank, personally, I think it looks dumb, but it also doesn't feature in the Original Trilogy. The Rebel X-34 Speeder, however, is a different story. 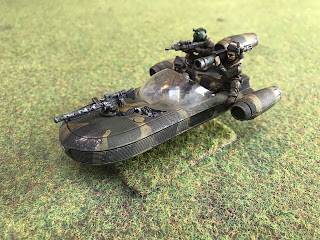 This is quite a nice and robust model that comes with three crew, giving it some firepower. Also given that a lot of Rebel equipment is patched together this is a perfect addition to my Rebel units. 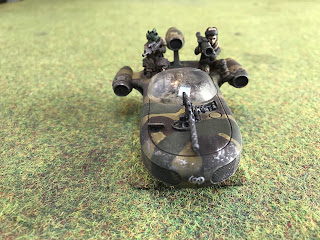 Rather than going down the route of painting it like Luke's speeder in Star Wars, I went with a three tone camouflage colour based on the late war German camo. This gives it a nice Guerrilla style look, I think. 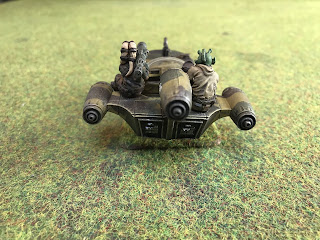 I also got rid of the stupidly large round base that came with the model. It was ugly and is only use for competition players who don't know what a 45 degree angle looks like... I replaced it with a Flames of War large base which blends in better with the model's size. 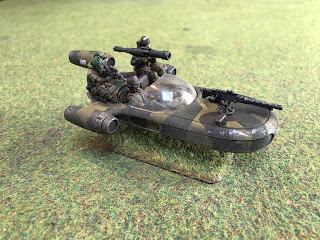 I used various techniques with weathering including chipping and washes and I am quite happy with how it turned out. I just need to use the thing now!

As I have been away I have also been a bit slack with the Storm of Steel Youtube channel, but will rectify that ASAP, so please subscribe. In the meantime, have a look at the last video I posted, a board game archaeology video on the classic Waddington's Napoleonic Game Campaign: