Continuing with the guns for the French army of the 100 days campaign I pulled out the next bag and it was the heavy artillery of the Imperial Guard! I have bagged up the individual batteries and crew separately and stored them together so I am never sure what I get next. It's a bit of excitement for me. I don't have a particularly exciting life, so I have to take it where I can get it... 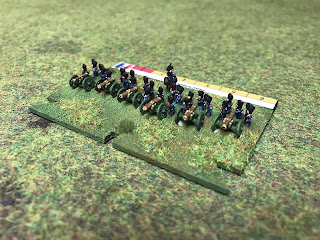 This battery is part of the Imperial Guard's artillery compliment and is pretty hard hitting with the 12 pounders rolling six dice on their first shot! Even as their dice reduce in subsequent shots, they remain pretty devastating for a few more rounds of firing! 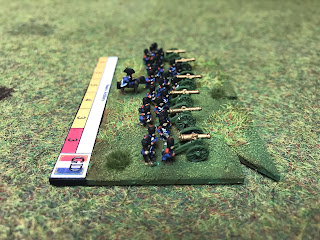 This is attached to the Guard Corps and means that I have completed another artillery base. There's only four left to finish now and I can move onto the last infantry corps and the cavalry. 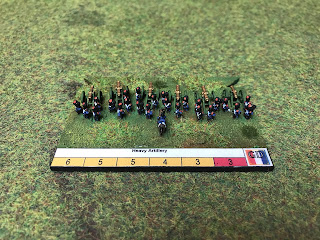 I am getting through these pretty quickly at the moment and they are proving to be faster to finish than I initially thought, so that's got to be a good thing!
Labels: 6mm Artillery Baccus Blucher French Napoleon Napoleonics Waterloo