Giants on the Vistula AAR

In the closing stages of the Second World War, Soviet armoured forces smashed their way through the German defence line time and again. In a desperate attempt to plug the gap the Germans formed ad-hoc units of armour and sent them to face the tide of Red Steel. This game of Rapid Fire! was based on a clash between heavy armour near the banks of the Vistula River in 1945. 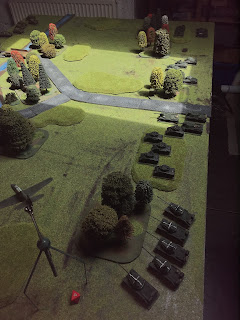 Both sides had about twenty individual tanks organised into six units for the Soviets and seven Germans. The Soviets could also count on air support which was on its way. 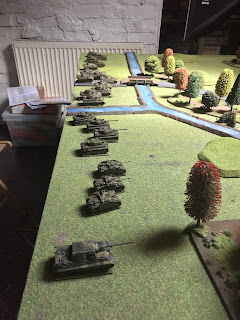 As a unit of lend-lease Shermans advanced, a Tiger tank spotted one and opened fire, seriously damaging the tank and opening the confrontation! 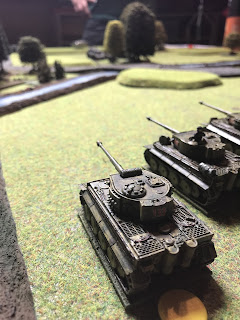 On the German left flank, the Panzer IVs began to cross the river and face the Soviet attackers. 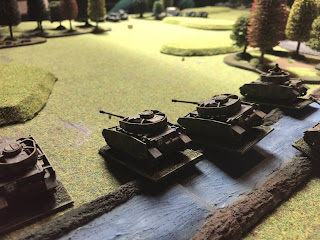 As three Soviet ISU-152s threatened the Panzer IVs, one was quickly destroyed by the Tigers. 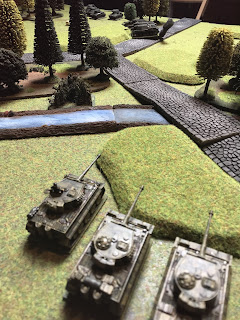 T-34/85s pushed forward and faced off against the independent Jadgpanther, both exchanging shots but to no effect. 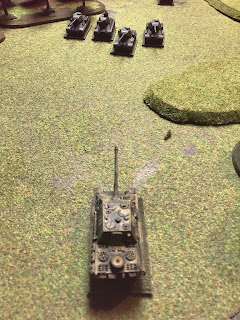 But the T34s were hit in the flank by rapidly advancing Panthers, which destroyed one quickly. 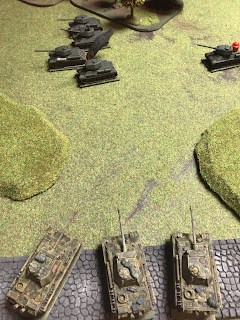 With two tanks destroyed the T-34s fled behind cover and the Panthers pushed towards the SU-76s which had appeared on the German flank. The Panzer IVs had already fell back after taking hits. 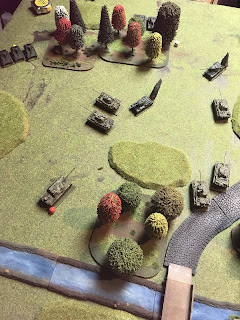 Things were heating up on the German right flank, the Jadgtiger was hit and destroyed by a unit of IS-IIs. 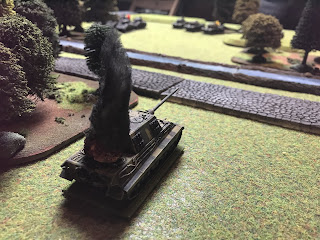 The Shermans began their attack against the Tigers in the centre of the German line, but one was destroyed and another heavily damaged, causing them to rout of the table! 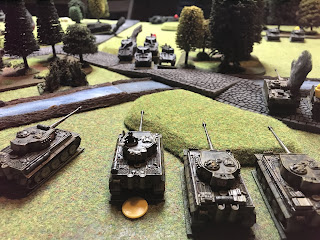 Despite this three StuGs were quickly brewed up by the IS-IIs, the German right flank was now empty of vehicles! 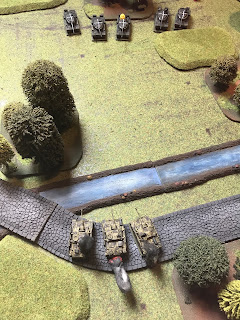 On the left flank, the Jadgpanther was also destroyed along with a Panzer IV. Morale collapsed and the German units fled the field, including the once triumphant Panthers! 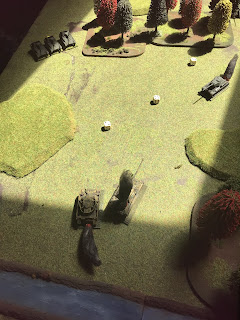 The only surviving German tanks were the three Tiger IIs in the woods in the centre. They caused the ISU-152s to flee, but numbers were against them! 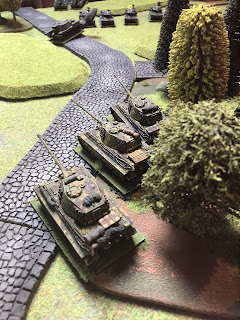 One Tiger was quickly destroyed and a second badly damaged from the incoming Soviet fire. 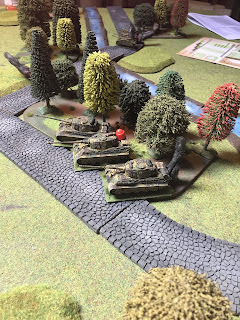 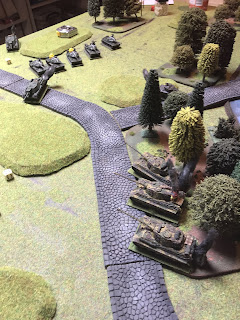 Even before the aircraft arrived, the game was over and as the Germans, I lost heavily. Despite initially looking good and causing a lot of Soviet casualties, the tide turned and collapsing morale caused the defence line to weaken and fail. The men of the match were the SU-76s; despite their diminutive size, poor armour and limited fire power they were in the centre of the action for most of the game and only took one slight damage from German fire. We used Rapid Fire! for this game as it is a quick and easy set of rules for tank combat and the game only lasted a couple of hours. We decided against using infantry and this was also a chance for me to use the big vehicles that I have not had on the table before, like the King Tigers, ISU-152s and the Jadgtiger.

We played this game straight after visiting the Joy of Six wargaming show on the 7th of July. I have posted a video report of the show over on the Storm of Steel Youtube channel, check it out here (and please subscribe):