Following on from the previous shock tokens I made for Chain of Command, I also made some smaller ones just to hold one dice (and track up to six shock). These will be more useful for smaller teams and sections. Here are the Germans: 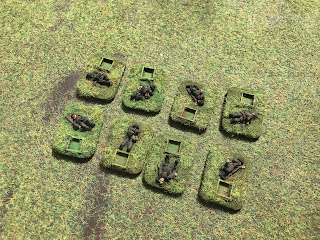 And below are the Soviets. I only have Germans and Soviets at the moment as they are the only casualty figures I have right now. In the future, I will add other nations to the mix, including Japanese and British for the Far East. 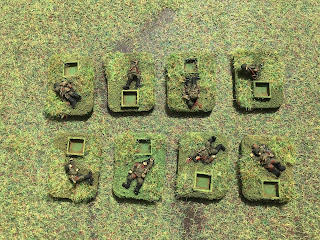 These were easy to make, I used small mdf Flames of War style bases from Sally 4th with Minibits 7mm dice holders to hold the dice in place.

In other news I released a new video on Youtube, this is the history and combat use of the famous German 88mm anti-aircraft/tank gun, please have a watch here (and subscribe to the channel!):