Whilst on a roll with Chain of Command and my 15mm Second World War lead pile I decided to put a new German platoon together using some left over Plastic Soldier Company figures specifically for CoC. These will be augmented by the figures I previously painted: 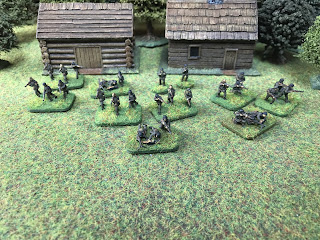 Also, I wanted to make some shock tokens for the game. As luck would have it, I have a load of casualty figures that I have never used for anything. I also have a lot of dice holders left-over from my Blücher bases: a perfect combination. It was a quick task to knock these German tokens together: 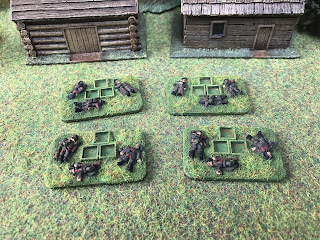 And these Soviet tokens. 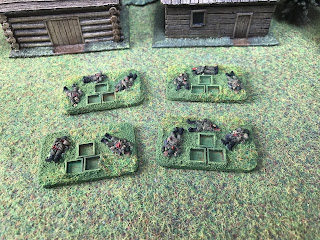 As you can see there is enough space to hold up to three dice on each. This should be more than enough to track a unit's shock during a game. 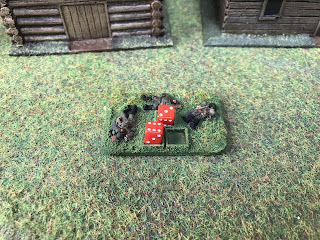 I'm happy with how these came out and they will be useful for other games along with CoC.

Over on the Storm of Steel Youtube channel the latest video is a military history video of the development and combat role of the 8.8cm German Anti-Aircfraft/Tank gun. Have a watch here, and please subscribe to the channel: