The final unit of the III Corps is the 3rd cavalry division, made up of the 4th, 9th and 12th regiments of Chasseurs â Cheval. It was commanded by Général de Division Baron Jean-Siméon Domon. 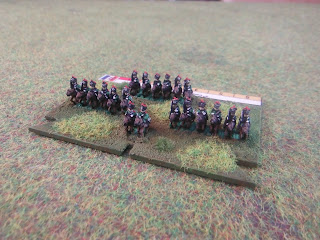 This unit fought at Waterloo as it was attached to Lobau's Corps who had no cavalry. Previously though it had led the advance into Belgium and charged the dyke at Charelroi. The division also fought at Ligny where it routed two Prussian cavalry brigades towards the end of the battle. 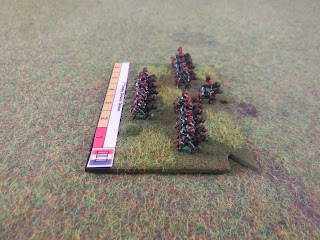 When the unit left Vandamme's wing, it harried Wellington's army all the way to Mont-Saint-Jean on the 17th of June. Also the 3rd Division forced the Allied artillery to fire cannonade at it when it rode boldly up to La Belle Alliance. This revealed the Allied positions to the French. Later on the 18th it fought on the east and clashed with Ulhans and Hussars of the advancing Prussian. 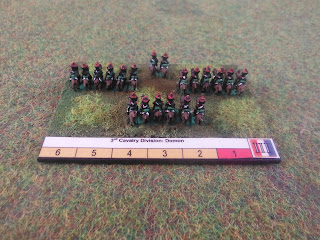 So this brings III Corps to a conclusion and here is the full corps of six infantry and one cavalry bases: 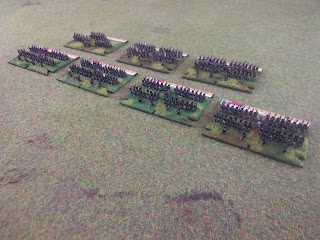 I can't rest on my laurels though, I still have IV and VI Corps to complete and more Cavalry! But slowly, slowly, I am getting there...

Meanwhile, over on Youtube, I posted a Hot To Play video of the new Judge Dredd: The Cursed Earth card game by Osprey Games (Amazon affiliate link) and a video about the largest tank battle on the eastern Front, Prokhorovka, check them both out below (and please subscribe!):