I am making a concerted effort to finish off the French 1815 army at the moment, and concentrating most of my painting time on them. So far, I have completed the First, Second, & Third Corps along with the Imperial Guard. There are only two infantry Corps left to finish, the IV and VI and I began work on the IV corps. This is the first Brigade of that Corps: the 1st Brigade of 12th Infantry Division. 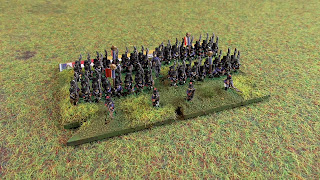 This was commanded by Général de Brigade Chevalier Jean-Francois Rome and contained the 30th & 96th Regiments of Line. The Brigade was involved with the fighting at Ligny on the 16th of June where they were given the honour of leading the assault into the village. Despite being mauled by Prussian artillery as they approached, the brigade formed into line and pushed the Prussian defenders over the wooden bridges and into the village itself. 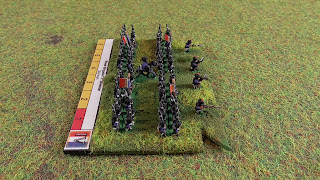 However, the attack faltered and the French infantry took shelter in the buildings under heavy Prussian musket fire. Despite a brutal fight, the brigade was forced back across the brook that separated the two halves of the village. On the 18th of June, the 12th Division was involved with the fighting at Wavre, where it attempted to take the village of Limal late in the day, but was repulsed by the Prussian infantry and cavalry. 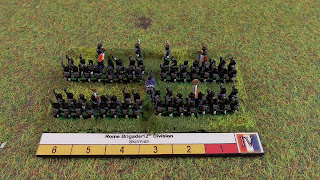 This is the first of six infantry brigades for IV Corps and is a start!

Don't forget to check out the Storm of Steel Wargaming channel on Youtube (and please subscribe!). There's a lot of gaming videos and military history videos like this one about The Battle of Prokhorovka: