The end is coming into sight and the second to last base to complete for the Anglo-Allied army for the 100 days campaign is this artillery unit. It's the third foot artillery battery. 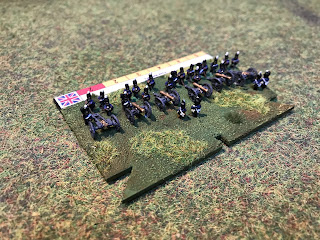 This was a simple unit to put together and can be attached to any corps. The flag is left blank so we can use a dry-wipe pen to note which corps it will be attached to. 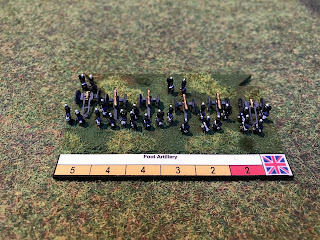 I also finished off some attached artillery tokens, made up of individual guns that will sit on a brigade base for an extra dice in firing. 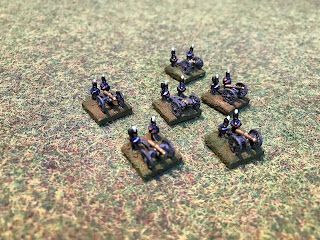 In total the Anglo-Allied army has five of these artillery bases and here they are together. These units are formed by combining three of the attached artillery into a massed battery. This gives the player a bit of choice how they want to field their guns. 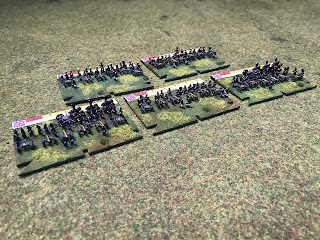 Now there is only one cavalry unit left to finish to complete the army and that will be in the next post! Stay tuned, we are almost there!
Labels: 6mm Artillery Baccus Blucher British Napoleonics Waterloo Wellington