Soviet Forces for Rommel in 3mm

Slowly, but surely, in the background of everything else, I have been completing a Soviet force for Rommel. It has been a slow process as Magister Militum didn't have all I needed and I had to wait until they took delivery from Oddzial Osmy. However, MM, sent the extras through and very quickly with no extra cost, what great customer service! I put together a 100 point mid war force to fight my Germans. 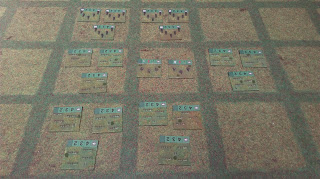 The infantry are supplemented by two tank brigades, the smaller one (below) consists of two battalions of T-34/76s, one battalion of KV-1s and a battalion of motorised infantry mounted in trucks. 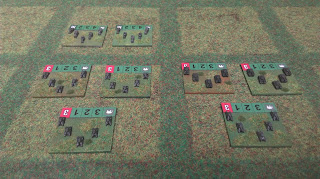 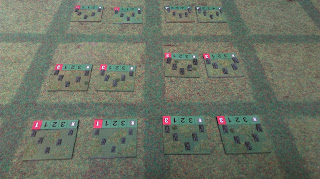 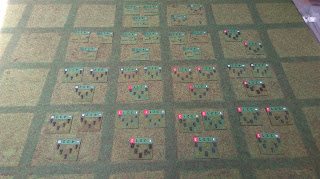 I took the unit insignia from this source, it's not truly correct for 1943, but it looks better than just having unit numbers on the base labels. I'm looking forward to getting this force on the field and seeing how the tanks match against the German Panthers and Tigers!