Following on from the first units I started for my Rommel in 3mm project, I put together a unit of Tigers. well, every German force has to have Tigers, doesn't it?
They were dead easy to paint (I'll show you how I did it in a future post) and took no time in completing the battalion. 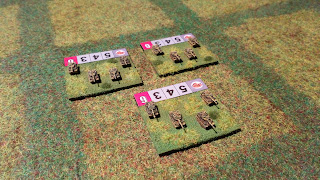 This is an independent unit and is based on the schwere Panzerabteilung 503 and I used their symbol of the Tiger's head for the unit recognition on the base label. The 503rd fought at Kursk, so this fits well with the 3rd Panzer Division that I have already started. The Tigers have a huge 6 armour advantage, so they should be able to smash most Soviet vehicles that oppose them! 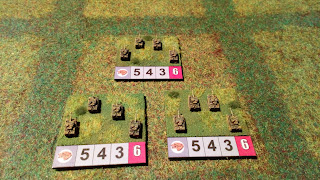 It is surprisingly fast to make these tiny units, so it shouldn't be too long before I can game with the entire force. But that is something to look forward to for now!