Staying with the small stuff that I have recently been working on, I went back to the 100 Days Campaign and the next Allied brigade, which is the British 9th Brigade of the 5th Division. 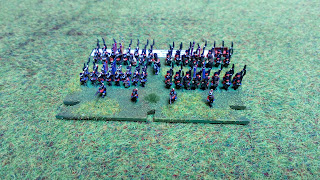 Although the brigade is classed as understrength and this usually means that I only have three units on a base, I couldn't let any of these famous units not be represented here! 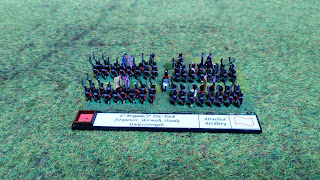 Also, with an Elan of 7, this is a very good unit and will take a lot of pasting before it breaks. As happened at Quatre-Bras where the 5th Division was in the thick of the fighting. 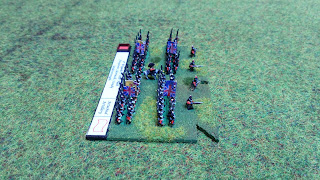 I am spending my time between units for Rommel and units for Blucher, so there will be a bit of toing-and-froing between them for a bit, but stay tuned for more 100 Days updates!