A Few More Bits and Pieces

My lovely wife is back from Vienna for a while, but before she got back I finished off a few outstanding projects.
The first one was this fourth Commision Figurines building, the Wilhelm Webber model. 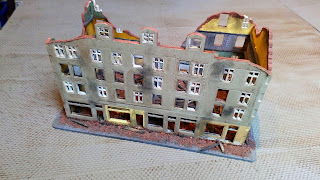 I won't go over the process of putting this kit togther as it was similar to the other ones I have recently built. However, this one needed a bit of cutting so that the front fitted with the sides as they were at different heights. But that done, it was a nice and detailed model like the others! 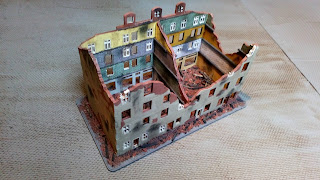 Next up are these three Axis & Allies Miniatures Panzer IVs and III. A chum bought them from a convention a few years ago (thanks Martin!) and they have sat there ever since. I repainted them, added some stowage, based them and they were finished. They have different levels of detail, the Panzer IV F2 is a bit clunky but the other two vehicles have quite a lot of clear and sharp detailing. Well worth getting as they are 1/100th scale and are only slightly larger than some of the other 15mm Panzers I have. Not enough to be noticable. 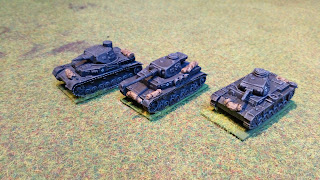 And finally, I bought myself a couple of issues of The 'Nam collections, this was the best comic ever produced by Marvel as far as I am concerned. Written by a Vietnam veteren and with some great artwork they really are worth a read. I want to get the third issue which covers the final months of the protagonist Ed Marks' tour of duty. 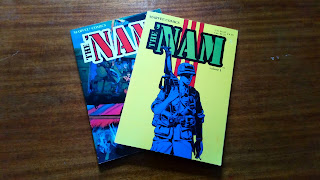