The Maus That Roared

Back at Derby Worlds,I bought myself two Maus tanks by Zvezda. As there was only ever two built and never got beyond prototype (don't believe those folk that tell they fought, they didn't...), this was way too many for Rapid Fire! and Rommel.
I bought the first one to paint and sell on EBay, this is it here: 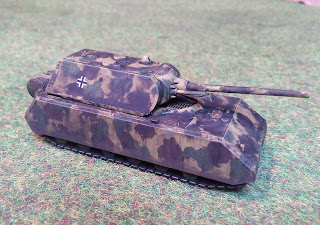 This was weathered with the excellent Flory washes that I bought a while ago: 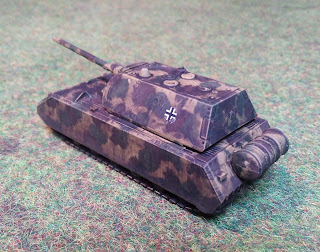 And if you are interested in buying it, CLICK HERE to see the listing on EBay. The second one, I based and will be using myself: 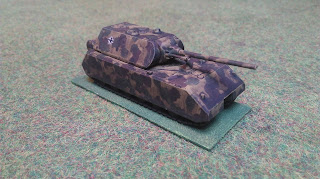 Now, the Maus is one of those things most beloved by wargamer, the stupidest Panzer pr0n ever created. A tank that barely was able to move even had the Third Reich had been able to scrounge enough fuel to fill its tanks and was the biggest target for miles around. 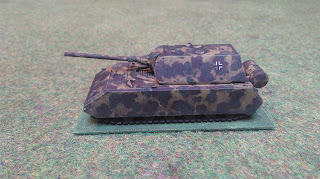 I bought it, to use in a 'what-if' game to see how badly it would do in a combat situation, if it even got out of its factory. So stay tuned and one day you may see and AAR where the Maus gets pranged in the first turn.
Labels: 15mm Germans Tanks WW2 Zvezda