Lancers of the Guard

Quickly following on the heels (or hooves) of the Garde Chasseurs à Cheval comes the next Imperial Guard cavalry unit, the 1st and 2nd Régiment de Chevau-Légère Garde Lanciers. This was a mixed unit of French, Dutch, and Polish Lancers and included the famous 'red Lancers'. 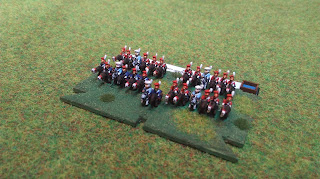 Also included in the brigade are the Polish Lancers. When I was a kid, I collected the Esci 1/72nd scale figures of the Napoleonic wars, including a couple of boxes of their Polish Lancers. So it has been nice to complete the circle, by being able to paint the unit again, even if they are a quarter of the size... 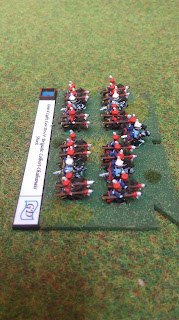 This is a lovely little unit, very colourful and easy to paint! It's also pretty heavy hitting with the Elan of 8! 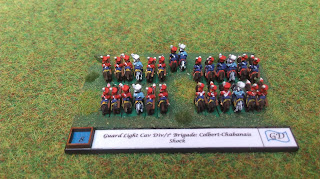 The lancers took part in the charges against the British positions during the Battle of Waterloo and also covered the subsequent retreat as a rear-guard. 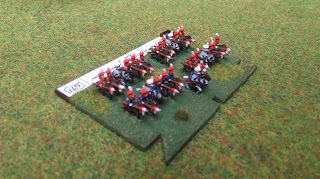 There's only one more Brigade of the Guard to finish, but that's for another post.

In the meantime, another Sam Mustafa ruleset dropped through my door the other day: 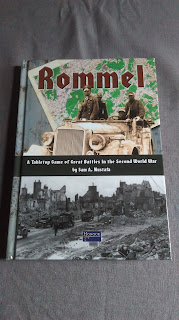 I've only had a chance to read through it once, but it looks like an interesting alternative to Rapid Fire! for us. The game is based on 1km grid squares (translated as 6 inches, no one has a board that big!) and is operational level gaming. I think it may be too abstract for many WW2 gamers, but I'm looking forward to trying it out.