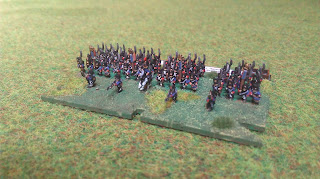 This unit spent the Battle of Waterloo sitting on their packs waiting to be committed to the fight. However, this didn't happen until late in the day when the Young Guard were dispatched to aid in the fight against arriving Prussian forces in Plancenoit. 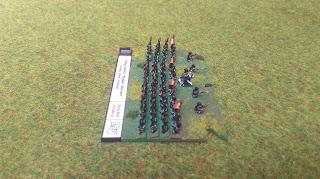 During this engagement the fighting was so fierce that the YG division suffered around 80% casualties. The end of the Empire was inevitable. 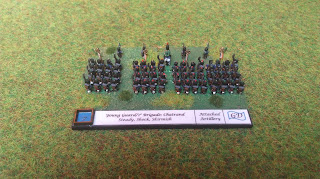 I have based these units in column and they are the Elite French Infantry from Baccus. 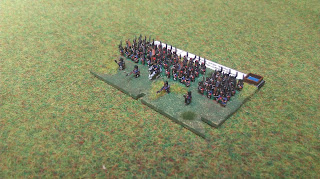 There is another unit of Young Guard to complete and then I have the Guard Cavalry to complete to finish the full Corps.

But that is for the future, so thanks for reading!
Labels: 6mm Baccus Blucher French Imperial Guard Infantry Napoleon Napoleonics Waterloo