Chasseurs of the Middle Guard

With just over a week to go until our wedding day, this really, really, really, is my last bit of painting for a while! I had a few free hours last Sunday so I hammered out the Chasseurs of the Middle Guard. 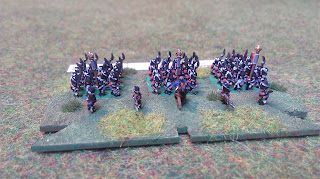 This is an understrength unit and as the French are pretty quick to actually paint (it's a lot of blue and white and not much else at this scale...), I was able to complete the unit in under about three hours. Although, that doesn't include the basing and waiting for drying times. 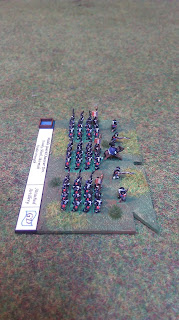 As I mentioned, it's classed as Understrength, but they still have an Elan of 8 and it is the last powerful French unit for the 100 Days Campaign. 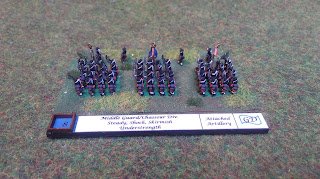 I really am happy with the look of the French columns. This brings my total of painted 6mm figures to 3,098. There's no wonder I need spectacles... 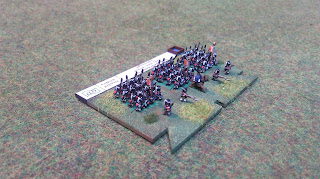 There are only two brigades of infantry (Young Guard) and three Cavalry brigades to complete for the Guard Corps, so these are nearly a halfway point for the full unit now. As I said though, I get married in just over a week, so this blog will probably go quiet until after then and after the honeymoon. Never say never though and I may find time to paint some more tiny men!