Grenadiers of the Guard

As it is the 202nd anniversary of the Battle of Waterloo today, normal Blücher service has resumed as the next batch of Baccus figures marched through the letterbox recently. I thought it was about time that I added the Imperial Guard to the French forces and in line with the anniversary of the battle here are the Grenadiers of the Old Guard. This Brigade consists of the 1st and 2nd Régiment de Grenadiers. 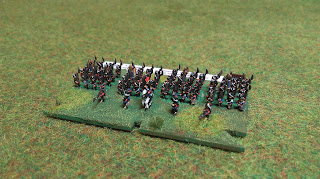 To make the Guard different from the rest of the army, I have put these figures in column, rather than firing lines. Although the Guard spent most of their time running away during the Battle of Waterloo,the classic image of them is of attacking, hence the columns. 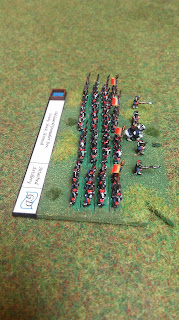 This a heavy hitting unit, with the shock, skirmishers, and steady characteristics, along with an Elan of 8! 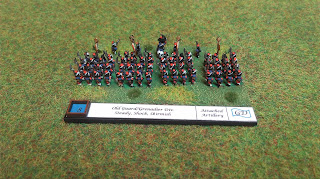 Mind you, in the real world, that didn't stop them from collapsing under Allied pressure at the end of the Battle of Waterloo. That's what happens when you stand around all battle waiting for the rest of the army to do the work for you, before delivering the coup-de-grace... 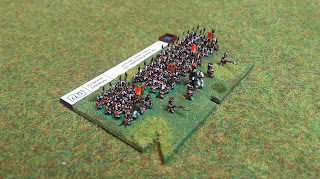 I am looking forward to finishing the entire Guard Corps, as it will be a spectacular sight, I am sure!

And finally as a follow on from the Bullecourt post, here are the official site photos as taken by the amazing Harvey Mills. Click this link for the full roll of film:

Amazing pictures, I am sure you'll agree.