Chasseurs of the Old Guard

I have been slack with the blog posts over the last couple of weeks and I shall tell you now, it's going to get a whole lot worse before it gets better again!

Why? Well, in just over two weeks I get married, so with all hands to the pump for the big day, I have not been able to get much work done on the Waterloo project. That said, I did complete a brigade of the Chasseurs of the Old Guard, so things are moving forward, even if slowly. 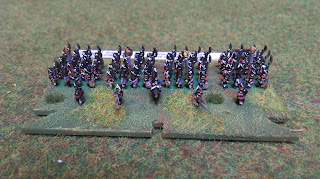 This is a full brigade of four regiments, all in column (I like how it looks now and wish I had done my other French infantry like this... Ah well, III Corps may have a few columns in amongst the brigades...). 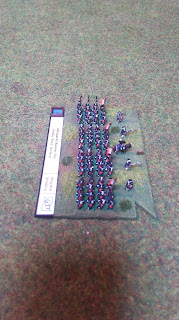 As with the other Guard brigades, this is another big hitter. 8 Elan, along with the steady, skirmish and shock traits all combine to make them as hard as nails! 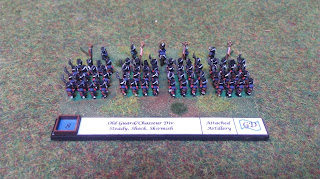 So with this brigade, I now have three of the Guards brigades complete, but the rest will have to wait until after the wedding and the honeymoon, so maybe late August? 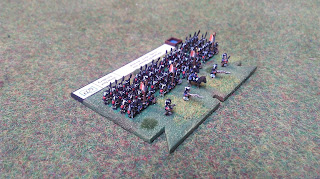 I did forget in the last couple of posts to keep the running count of 6mm figures painted, so here is the new total: 3,045!

Speaking of the wedding, our first wedding present arrived last week from an American friend who can't be there, unfortunately. 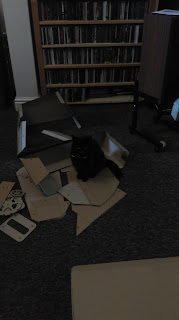 It's a cat tank and our very own little Obersturmmbanfuhrer Michael Kittmann loves it! 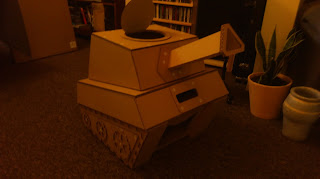 And just to wrap up in other gaming news it was my other half's birthday last week as well, so I bought her a few books and this game, Mansions of Madness. We've yet to play it, but it seems interesting with the use of a mobile phone app to aid in playing! 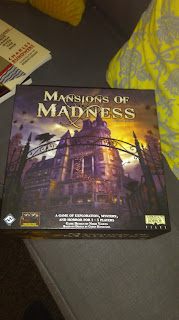 Hopefully we'll get a game soon and I shall report on how it went!