Ripley, she doesn't have bad dreams because she's a doll. Aliens AAR

On Saturday, Ninjasaurus Rex and I met up for a game at his place. We were playing his re-jigged version of Space Hulk, that goes back to the original inspiration of the Aliens film. Using colonial Marines versus genestealers, and here is a photo essay of the game.
The Marines had to kill 30 genestealers to win the game. 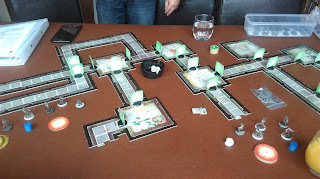 We'd better get back 'cause it'll be dark soon and they mostly come at night. Mostly. 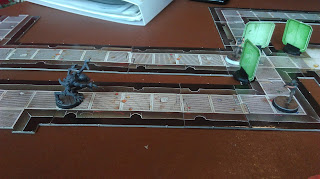 Stop your grinnin' and drop your linen! 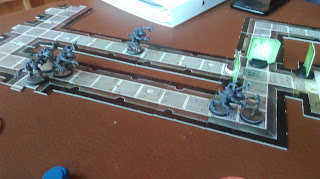 All right, sweethearts, what are you waiting for? Breakfast in bed? Another glorious day in the Corps! How many drops is this for you, Lieutenant? 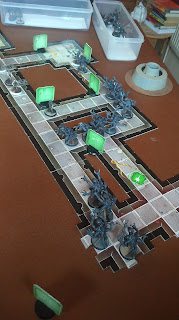 All right sweethearts, you heard the man and you know the drill. Assholes and elbows! 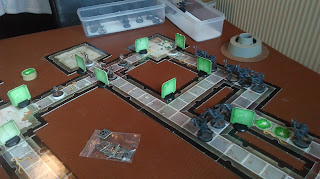 These people are here to protect you. They're soldiers. 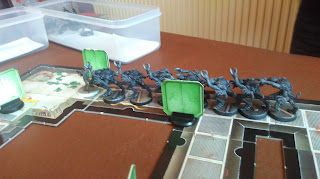 You always were an asshole, Gorman. 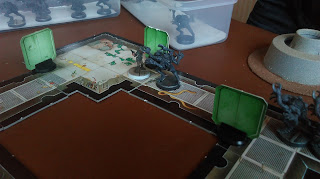 We're on an express elevator to hell, going down! 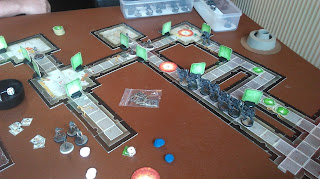 What the hell are we supposed to use, man, harsh language? 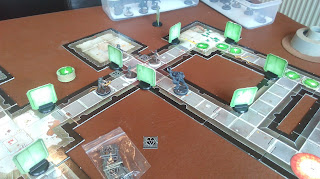 I like to keep this handy... for close encounters. 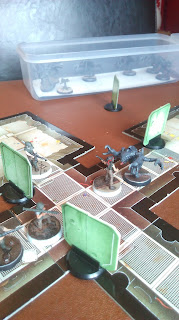 Hey, maybe you haven't been keeping up on current events, but we just got our asses kicked, pal! 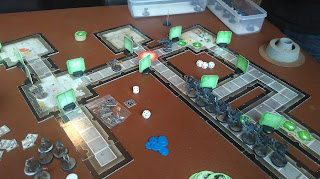 Game over man, game over! 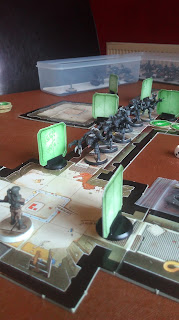 I say we take off, nuke the site from orbit. It's the only way to be sure. 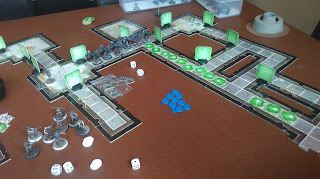 The game was actually won by the Marines, who passed their thirty bodycount. But we played on for a while longer and eventually the xenomorphs used superior numbers to crush the remaining humans. Space Hulk was and still remains the best game GW ever released, even to this day, each game is a tense encounter and this one was no different!