It's been a while since I completed some 6mm Napoleonics, but I have had the unpainted II Corps of the Anglo-Allied army waiting on my desk for a while. It's a big task, so I was completing a few other bits and pieces before starting up on them. But after a gathering all my information from the Cent Jours website start on them I did. I proceeded in no real order, and the first unit is 1st Kings German Legion of 2nd Div under Colonel G.C.A. Platt. 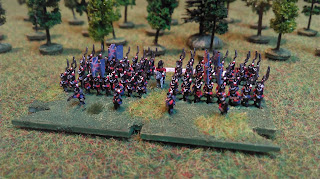 The 2nd Division suffered 19% casualties during the Battle of Waterloo and was initially deployed in reserve on the right of the Allied line. 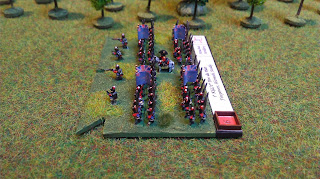 All KGL units had a good reputation as effective soldiers and this is reflected in their reasonable Elan of 6. 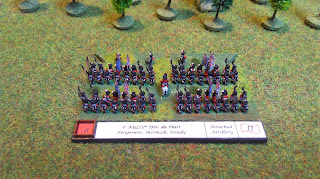 The flags, as ever, were sourced from Napflags, which is an excellent resource for flags of the period. I just resized them to 6mm. It was also nice to be painting redcoats again, after all those French figures! 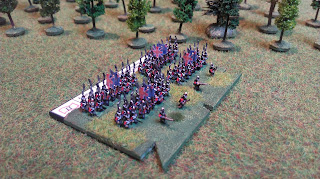 There's not much else to say about this unit, except that is represents the first in many brigades I have to complete! Every journey begins with a single step...