A couple of things I picked up at the ROBIN show was three Zvezda German tanks in 1/100th scale. The first two were Ferdinands, assault guns based on the prototype Tiger tank chassis that was ultimately rejected. I have been looking for an excuse to refight the Battle of Ponyri in 1943, during which Ferdinands took centre stage so this is perfect! 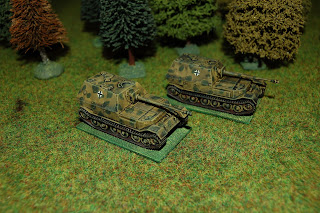 And the second purchase was a single Sturmtiger, the 380mm assault gun, again, based on a Tiger Tank chassis. This was a very late addition to the German arsenal (1944) and being based on attacking was pretty useless for the time it was used, being that Germany were on the defensive. Only about eighteen were produced, in Rapid Fire! terms that's almost four models... So this single model represents a quarter of the entire production run! 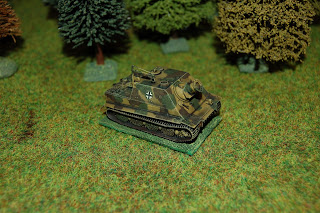 Totally useless, but a fun addition to my tiny tank collection!