Sunday the 5th of February was the date for 2017's annual Vapnartak show, held at the Racecourse in York. Unfortunately, Dean couldn't make it this year as something had come up, but Ninjasaurus Rex and I made the trip north to see the little men. Below is a photo dump of the pictures I took of some of the games on display (not all of them mind!), so enjoy the eye candy: 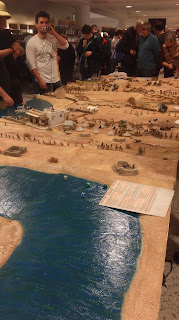 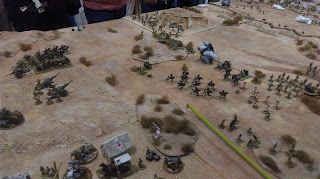 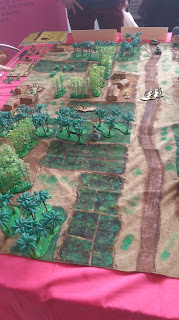 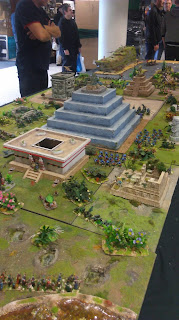 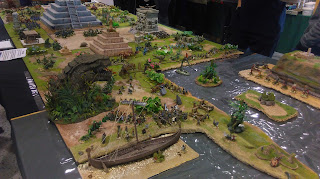 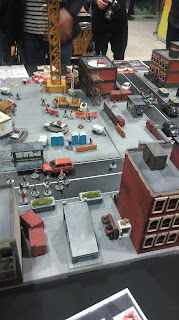 A large scale post-medieval battle on the edge of a fortified town (I'm sorry, I didn't get any details of this game...). 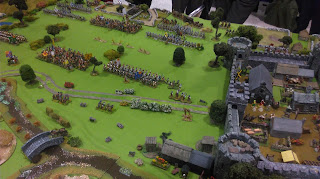 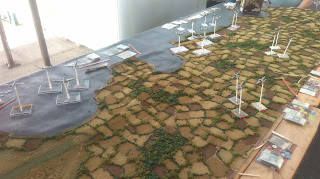 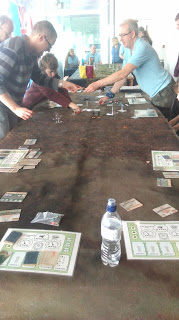 I went with no lead list this year, but always like to come away with something. This year, I bought myself some Vikings from Museum Miniatures and Peter Pig (along with some Japanese peasants for Dean) and the board game Machi Koro, which I have heard lots of good things about: 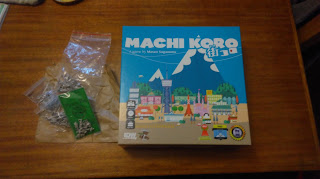 We also had the good fortune of bumping into people we knew and meeting new ones. All in all, a great day and one of the best shows here in the north!
Labels: Vapnartak Wargaming Shows