One of my Christmas presents this year was a 1/48th scale Bristol Fighter from Revell. I decided to begin work on it as a break after finishing off hundreds of 6mm French figures. One of the first things I noticed was that all the sprues are stamped with Eduardo, so it must be one of their kits resold in a Revell box. This was a pleasant surprise, as I really rate Eduard kits and have already built a couple. 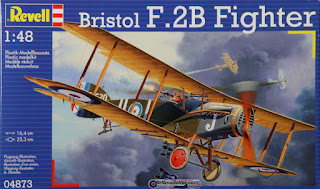 That said, this was going to be my first British First World War aircraft model in 1/48th scale. I had been avoiding them as British planes tend to have a lot of rigging, and usually double rigging at that! But I thought it was time to face that particular demon and jump in with one of my favourite First World War aeroplanes.

Being that this was an Eduard kit it was very detailed (there were no photo-etched parts unfortunately), the interior of the plane was nicely modelled. It didn't take long to start work and get the preliminary stuff inside: 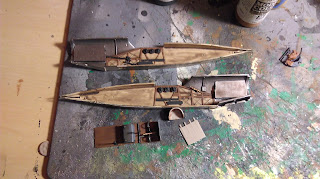 The cockpit dashboard was up next, with loads of tiny decals for the gauges and dials. This took a little while and I lost one, but I am happy with the final result! 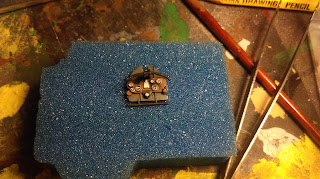 After painting all the other interior pieces it was time to put them in their positions, again, with the plane being such a nice kit this was no trouble at all. Everything slotted into place with relative ease. I left the observer's seat out until both sides were stuck together, as it would be easier to put it in then: 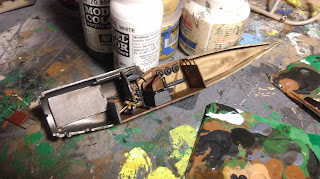 And that was all I could do for a while as I waited for the glue to dry to hold the two fuselage halves together. I put some pollyfilla on the seams and wrapped it all up with elastic bands for the night to dry. 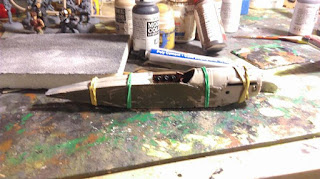 Keep watching this space for more updates as I build this plane. I don't think it will be a hard build (until the rigging...) and the colour scheme will be pretty simple as most British planes were, but it'll be an enjoyable experience nonetheless!