We Three King Tigers of Orient Are

I recently ordered some newish 1/100 Zvezda King Tigers from EBay, they came as a set and only cost me about £10. Three quid each for a Königstiger? Bargain!

Compared to other Zvezda kits these are slightly more complicated with nearly thirty parts. However, they are big kits with lots of detail (not so much on the tracks though). 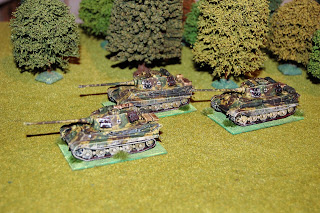 The turrets are the Henschel turrets and there is no Zimmerit on the tanks, which firmly dates them to late 1944 production models. 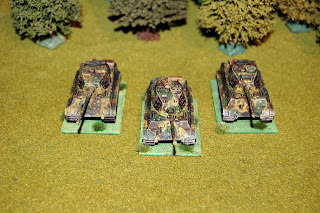 With this in mind, I painted them with the late 1944 ambush camouflage scheme, which consists of the typical three tone with dots to break up the large areas of paint. I sourced this scheme from the classic book Panzer Colours. 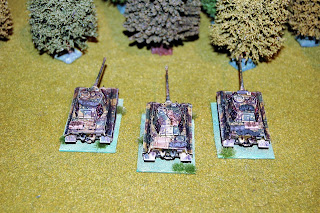 As a final touch, I added a bunch of stowage (from various manufacturers) to make them look more 'lived in'. 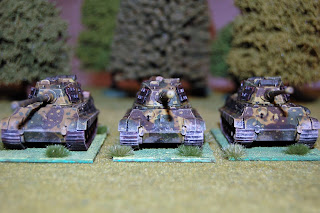 With the large number of parts each tank took about forty minutes to make and some of the very small parts may not be for the faint-hearted model maker. That said, they are the only plastic King Tigers on the market at the moment and it means I don't pay a fortune for my heavies!