The brigades keep coming at the moment, I am trying my best to get II Corps finished off as quickly as humanely possible. With the Christmas break coming up, I should have the full Corps finished just after New Year. At least, that is the timescale I am currently working towards.

This next brigade is the 2nd Brigade of 7th Division, commanded by Général de Brigade Baron Piat and consisted of the 12e Régiment de Légère and 4e Régiment de Ligne. 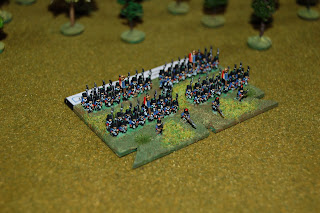 Along with the 1st Brigade of 7th Div, these were not present at Waterloo but made a good show of themselves at Ligny on the 16th of June. 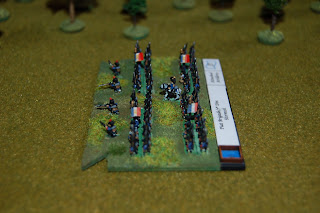 These are a very typical French brigade, with an Elan of 6 and skirmishers, pretty standard. 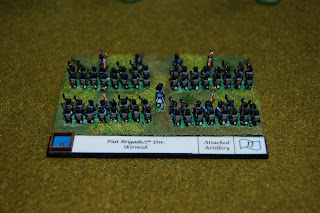 I only have two more infantry brigades to finish off for II Corps now, so we're nearly there!

As a bonus, I also finished Judge Giant for the Judge Dredd project, so from 6mm dwarves to 28mm Giants, don't ever say I don't spoil you... 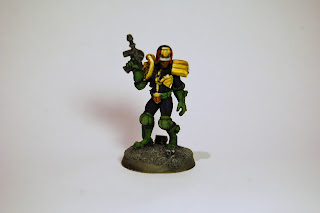 This figure is an old Foundry figure that I bought back at Derby World Wargames, from their bitty 2000AD range. That said, it's a very nice sculpt with a lot of detail and character. 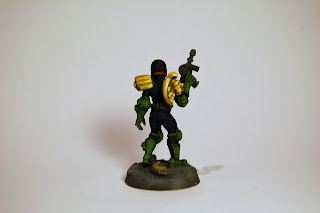 With Christmas just around the corner I doubt I'll get a chance to post much, but I'll resume the blog in the New Year. Until then have a good Xmas and a happy New Year!