You may recall that a while ago Warlord had a 50% sale on their Judge Dredd lines. Well, I was fortunate enough to get to the website before a DDOS attack took it out for the afternoon, and I bought quite a few bits and pieces for my latest Dredd project. One of the sets I got on the cheap were two judges on Lawmaster motorcycles and I recently had the chance to paint them.

The first is a male street judge: 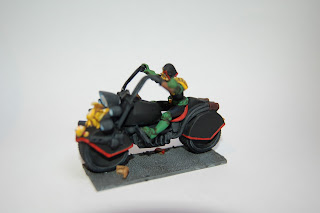 The colour scheme was pretty simple, but being such big beasts they still took a while to paint. 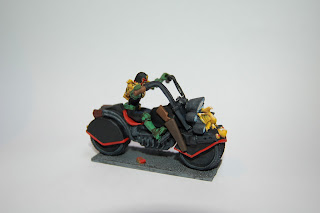 The detail is nice and sharp and there wasn't much mould flash on the models. 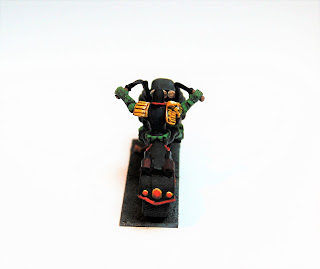 The second was a female judge waving her Lawgiver around like she just don't care. 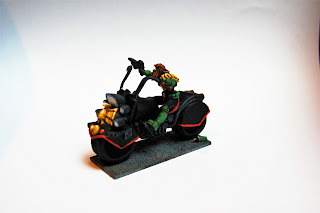 The figures came in two parts, legs and torso, so I painted the bikes, attached the legs and then the torso so that I could bend the handlebars to fit their hands. 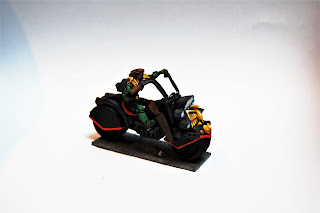 Both were painted in the comic-book style rather than with 'true' metallic colours. I also mounted them on bases of plasticard to give them some stability. 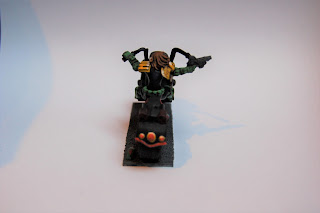 So, with Old Joe himself, that gives me three Lawmasters, not bad at about five pounds each! 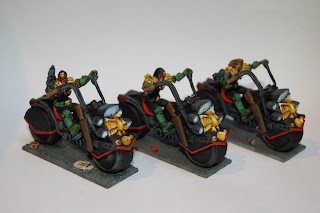 Three is enough for my needs as I would only be using them for skirmishes on the streets, and it makes a nice little street patrol.