A Teeny Tiny Town in Belgium

I have just completed two more urban bases for Blücher, using the remaining buildings that I bought from Brigade Models. In Blucher, one base represents a village, two together, a town and three, a city. So this gives me enough base to make a combination of urban areas.

The first one has a few houses and shops clustered around a largish cathedral, this will probably be mainly used for cities: 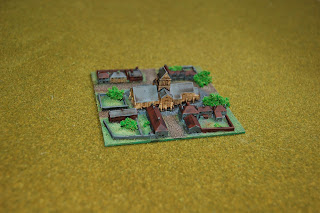 As you can see, I have not gone to town on the detail, literally just painted the buildings and inkwashed them. They are 2mm scale, so look fine from wargaming distance. 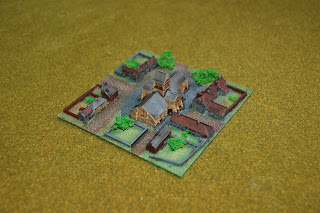 The second base also has a church as its central aspect, as most towns and villages do. Cities usually have multiple places of worship, so this works as well when all the bases are together. 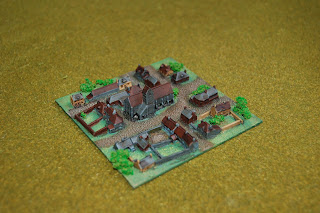 The walls and fences around the houses were made with cut up coffee stirrers that I took from various cafes. I also added clump foliage to represent trees and bushes. 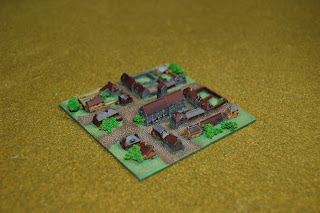 And here is the city, three bases put together to form a large urban spread. 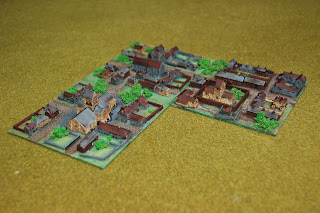 As Blücher is abstract anyway, the 2mm houses should work well with the 6mm figures! But that is for another day, so thanks for reading!
Labels: 6mm Blucher Napoleonics scenery Terrain Waterloo