Take Your Stinking Paws Off Me!

On Sunday I was again able to sit down and do a lot of painting whilst my better half worked on funding applications. I continued my new Judge Dredd project, this time turning my attention to the Ape Liberation Front, a more militant version of the Ape Gangs that inhabit Mega City 1. These were some 28mm ape figures that Dean had given me to paint. I couldn't tell you where he'd gotten them from, but they are obviously a modern take on The Planet of the Apes. 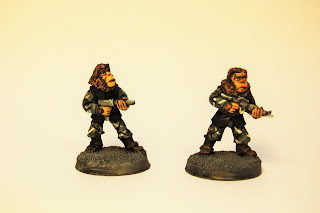 I put the hairy fellas in an urban camouflage scheme. The guns have been traded with some Muties who stumbled on an ancient 20th Century arms stash in the Cursed Earth (or that's my story, at least...) 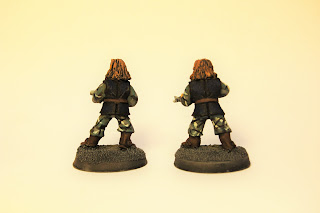 There's four more ape figures to paint in this batch and I'll get to them soon enough. I also painted two more Judges, this time a female PSI Judge and specialist weapon Judge carrying a Widow Maker SMG. 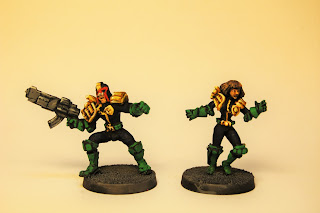 I'm not very keen on the pose of the specialist Judge, it seems a bit ungainly. Another slight gripe, though. 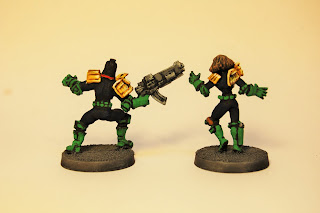 Well, that's a few more figures done. As you can see I have yet to finish the bases, I am waiting for some 28mm litter to arrive from Black Cat Bases. There is only two more Judges to complete from this pack and then I might go looking for more...