Another busy week has seen me only complete a few more figures for the Through the Mud and the Blood 15mm project. The first lot are from Peter Pig and come from their 'British Sportsmen' pack. I wanted to use these chaps as NCOs and thought that the fact they are all carrying sports equipment would set them out from the other figures. Some have cricket bats, others footballs and rugby balls. 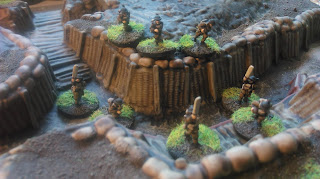 Again, these were all given the base label treatment. They are all Status 1 Big Men being Corporals and Sergeants. 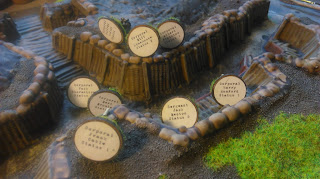 I also added another four Big Men. These ones came from QRF and their ever expanding First World War ranges. I have to be honest and find the QRF figures a bit hit and miss, however, I took the plunge and ordered a pack. I was happy to be wrong, these are excellent miniatures, nice sculpts, good proportions and interesting poses. The pack included signallers along with runners. The latter I used as more low level Big Men. 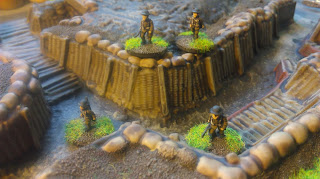 Again, these were based on larger bases and given labels for their status level. 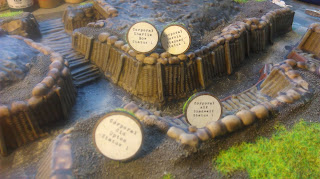 The other four figures in the pack were the aforementioned signallers. These are excellent and fill a gap that exists in the Peter Pig ranges. There are two using telephones and two with homing pigeon baskets. These will make excellent additions to the British forces and an interesting addition for specific scenarios. 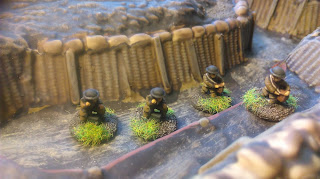 I have yet to paint any large amount of normal infantry, and the big pile of Plastic Soldier Company Figures still awaits me. But as we're moving house soon it may be a while off before I bite off such a big chunk of painting.

OK, that's all I have for now. Thanks for reading!
Labels: 15mm British Infantry Peter Pig QRF Through the Mud and the Blood WW1