German Support Troops For Through the Mud and Blood

15mm figures can be painted reasonably quickly, especially if you're only dealing with a handful at a time. Which means that my 15mm Through the Mud and the Blood project is progressing at a reasonable rate. The next figures that passed my painting table were some German support troops. They all come from Peter Pig and the first lot are carrying supplies and barbed wire. These will work very well for unarmed troops in trench raid scenarios: 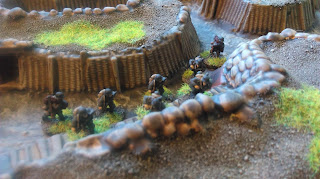 The second batch of figures are three flammenwerfer teams. These ones also come with a supporting rifleman, who will be added into the bigger mix of infantry figures. Three of these teams is more than enough for any game of TtMatB, so this has turned out reasonably cheaply for me! 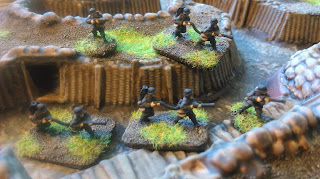 That's the painted figures for this post, I have some British and German Big Men on the painting table at the moment, so they will be along shortly. I find doing things in short bursts gets a lot done over the week!

Today also saw me at the Sheffield Hallam First World War study day. I was surprised to see a piece of Mark IV tank on one of the stalls, even more surprised as I had not seen it since it was dug out of the ground at Bourlon Wood when I was involved with filming for 'Finding the Fallen'! 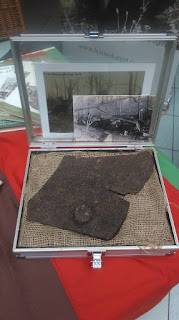 It was a good study day all in all, ending with a screening of the remastered version of The Battle of the Somme. It was great to see it properly on a large screen! 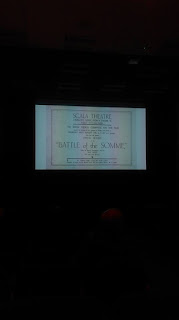 Thanks for looking!
Labels: 15mm Germans Infantry Peter Pig The Somme Through the Mud and the Blood WW1