German Artillery From The Tank Expansion

The Tank! Expansion of The Great War board game also comes with two German field guns, they have been added to the rules so you can use them on the board now rather than just as off-board artillery. These were the last things to paint from my box, so paint them I did. 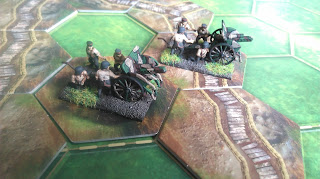 As there was only two it was a quick and easy job, as always with Plastic Soldier Company, they went together really well and easily. Rather than have the crew individually based, I glued them all to a 30mm x 40mm base, this saves having them fall about mid game... 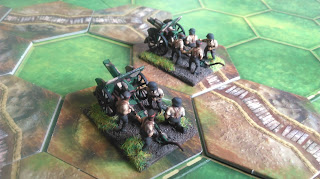 They are painted in the German three tone camo scheme, with the black lining typical of the First World War. The easiest way to achieve this was to paint the guns black and then add the colours over the top in blocks.As there was only two to do, it wasn't such a time consuming job. 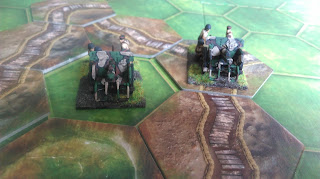 I am happy with how they have turned out.

With the Somme commemoration just around the corner, I have also designed some t-shirts and mugs to commemorate the 100th anniversary of the battle. They are for sale at Red Bubble, follow the links below for the various designs:

There's also a few archaeology and history t-shirts in my portfolio, so be sure to have a look.

And finally, today (and yesterday) is the 100th anniversary of the Battle of Jutland. Over eight thousand men were killed in the biggest naval engagement of the First World War. 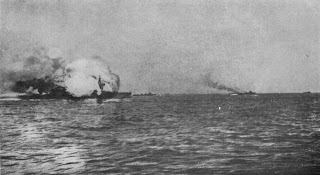