The third part of the Brunswick brigade for my Blücher 6mm 100 Days Campaign project is the cavalry brigade,commanded Major Von Cramm. This consisted of Hussars and Uhlans. However, the Uhlans only fielded a single squadron and this would be six figures at the ratios I am doing the units. So rather than have to buy another set of 48 figures to use only six, I decided to leave them off and just represent the Hussars instead. 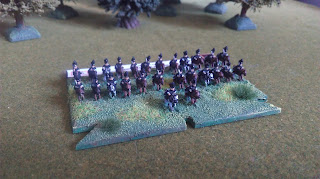 The 2nd Regiment of Hussars had four squadrons, each made up of six figures, including a commander and trumpeter. 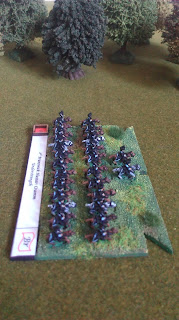 The trumpeters are on the grey steeds and the rest on bay coloured horses. As the men are wearing the black Brunswick uniforms, again, they were very easy to paint! 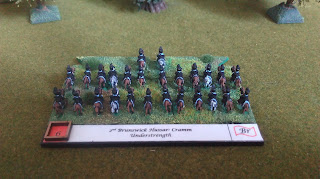 Also, I made two Brunswick attached artillery tokens to go on the 1st and 2nd Brigade bases. I did a quick bit of research and it seems that during the 100 Days Campaign the Brunswick guns were painted in a light blue, changing from the previous Ochre colour. The Brunswicks captured guns from the Austrians and left them in their original colours, which was Ochre until painting them in the light blue. 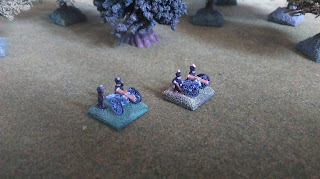 So that completes the Brunswick Corps, it is only three units, so wasn't a very difficult job, and here they are in full: 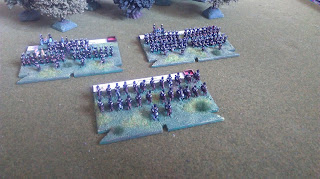 I am now going to switch back to the French and work on II Corps. Hopefully this won't take too long, but will provide enough figures for a decent game.

In other news, I am selling a few items on EBay, to make room for more 6mm... The WW1 20mm collection is up for sale, I have set it at a price that I think is OK. It is in two lots, the Germans and the British and includes infantry, support weapons and even tanks, click the links below to see the listings.