Last Sunday was the annual Vapnartak show, put on by the York Wargames Society, I went along with Dean and Ninjasaurus Rex to see what this year had to offer and below are a few pictures of the games that were on display. This wasn't everything there, but just a selection.

Peter Pig were in attendance along with their demo game of Hammerin' Iron, their ACW naval rules: 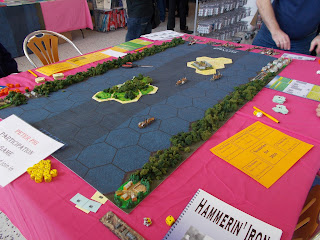 A large desert scenario set in what looked like the Russian Civil War dominated one end of the main hall. There was loads of details and this looked pretty interesting! 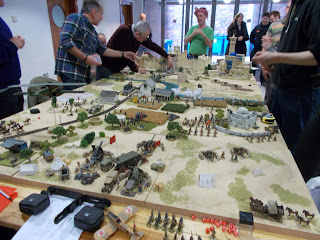 Speaking of detail, this magnificent board was crammed with details alongside a 17th century battle: 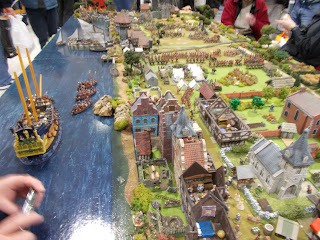 Close by the Alamo was under attack from the Mexican army: 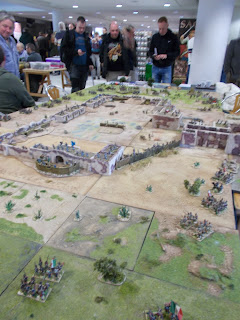 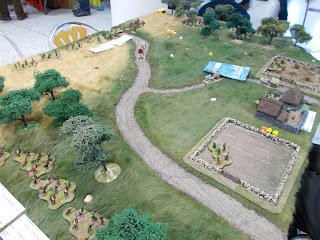 This was one of several Dragon/Lion Rampant games going on, this was a large siege with a very impressive castle. 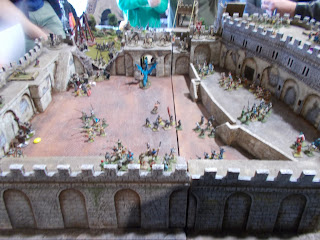 Star Wars Armada. The collection of ships in this game must have cost a few bob! 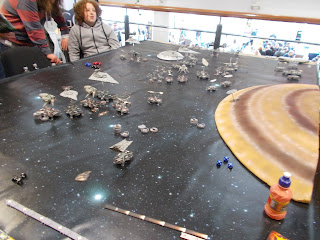 Another Lion/Dragon Rampant game, this time a desert fort under attack by marauding Muslim warriors. 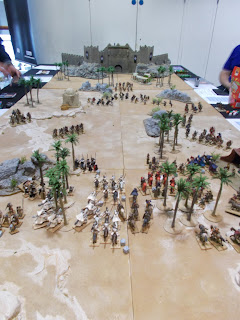 A small demo game of Daisho, with a small but perfectly formed board. 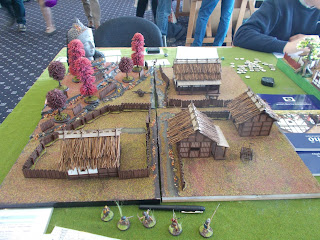 A Cold War Force on Force game fought out on a large model of a ship. This was a really innovative way of gaming. 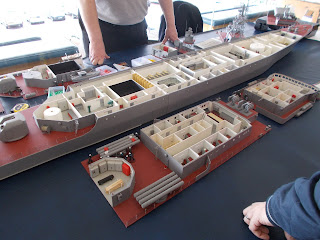 Next door was another Dragon Rampant game (I think!), revolving around a large wickerman on the centre of the board. 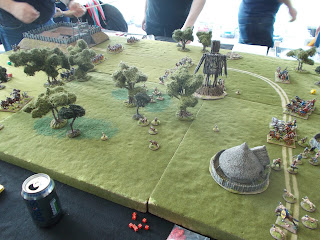 And finally, my favourite game was this one hosted by the RAF Gamers being the reconstruction of the filming of an episode of Sharpe. 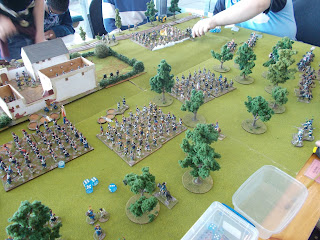 TV cameras and helicopters were in attendance, although I did think there were too many extras to make it an accurate representation of an episode of Sharpe... 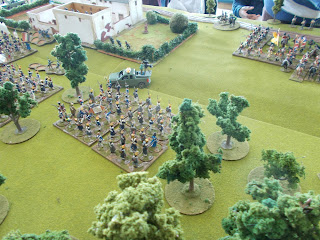 So that was it for another year, and it was definitely worth the journey up to York to attend. I came away with a small amount of stash, some Baccus figures and buildings along with some more dice and dice holders. I'll post pictures of these as I paint them over the next few weeks.