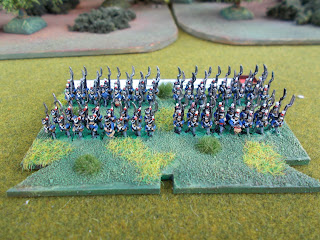 The 7th Belgian Line battalion are at the front left and have a slightly different uniform from the Dutch Militia. The figures came from the excellent Baccus Napoleonic ranges. 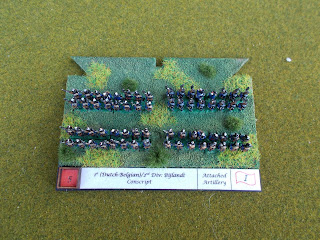 This unit is classified as a 'conscript' unit in the Blücher rules and have an Elan score of only 5. This makes them a pretty weak unit. 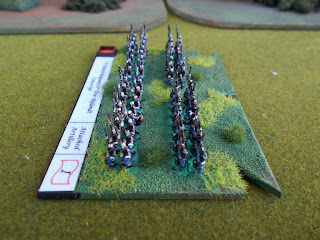 Like the other Dutch/Belgian units in I Corps these battalions were not awarded their colours until after the 100 Days Campaign, so I have left off the flags. 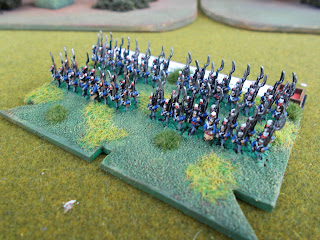 Another week, another brigade, I have cleared my painting desk of anything that isn't Blücher related at the moment in order to finish of I Corps. Not long now!