The Last British for The Great War

I finished the Germans from The Great War board game the other week, so I pushed on and finished off their British counterparts. They were again mounted on the magnetic bases that I made a while back. Here are the last three infantry units. 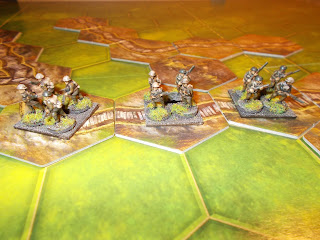 Here is the bomber figure with four more infantry: 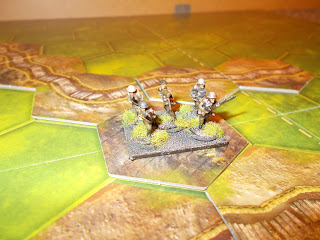 And the machine gun and mortar units. 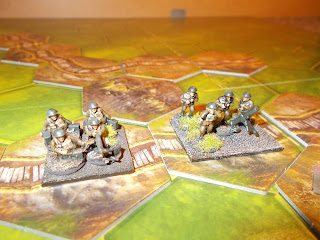 As with the Germans, there are seventy five British figures in total that come with The Great War game. Its a good amount of figures that look great all together: 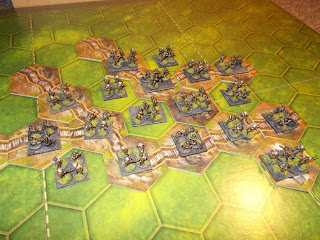 As I keep mentioning, I doubled up on the Kickstarter deal for The Great War, which means I have another seventy five British figures that are unpainted. I will paint them in the future, but for now, I am a little sick of khaki, so that is a project on the backburner for a while! Last Sunday, Ninjasurus Rex and I tried out the new movement boards in a game and they work really well. The magnetic properties are not too string to damage paint or the figures when you remove casualties and they make moving the figures around a whole load easier!