Another month passes and I managed to finish off another sprue full of plastic Germans from The Great War board game. It's another twenty five to add to the ones I have already completed. As the basic game set comes with three sprues of figures, this is the second of three. I have decided that I am going to clear my table of the PSC figures before starting other figures from other periods, that way I will have completed at least another project! Here's the infantry: 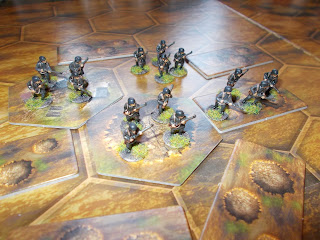 The machine gun and crew: 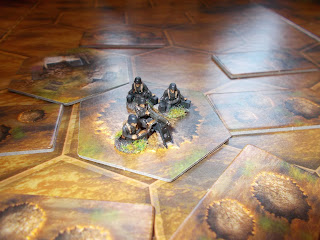 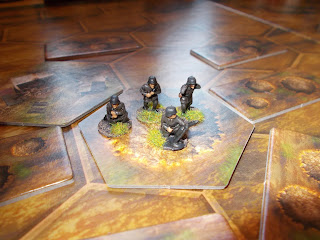 And the special bomber figure. 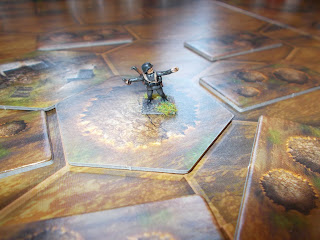 As mentioned, I have one more sprue of these figures to paint to complete the basic game's figures. I did, however, double up during the Kickstarter campaign for The Great War, so I actually have another seventy five Germans to paint after that! But that is definitely for another day and I am happy to have finished the original set...