Last Sunday in Sheffield was the annual and growing The Joy of Six show, hosted by Baccus and the Wargames Emporium, both based in Sheffield. It was held at the Hallam University campus and was a real step up from last year's venue. The bigger size of venue also showed from the amount that was on display. This really is a growing convention!

The entry price reflected the size of the figures, being only £2, a real bargain. First through the door was this excellent Great War Spearhead game of the 1915 British attack on Neuve Chapelle. 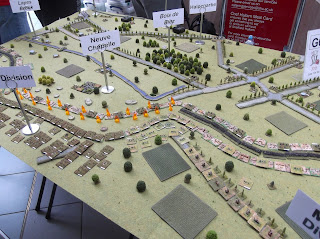 My favourite game by far was this immense Waterloo board. 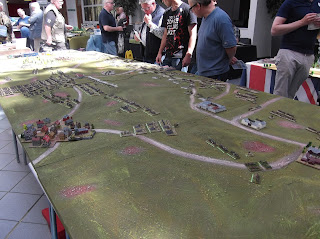 It had taken four years of painting and building to recreate the battle and the work really showed! 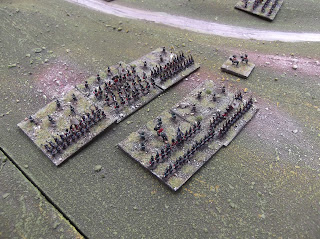 I was told that during play testing the French lost, largely due to their attack on Hougamont sucking in battalion after battalion. 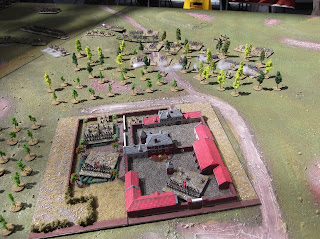 The bulk of the French army (and the Guard): 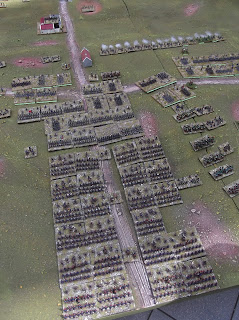 Even the little Ogre was in attendance. Unfortunately, I failed to locate Nosey, he must have been off inspecting his troops somewhere. 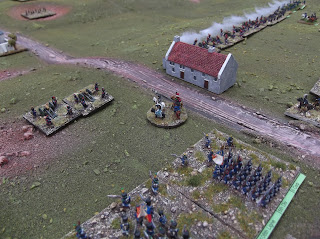 Next door was a 1944 Operation Bagration game. 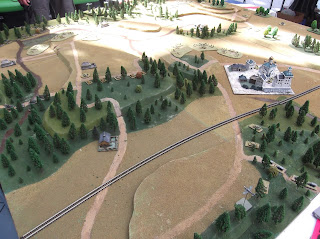 With a couple of Tigers skulking in the woods. 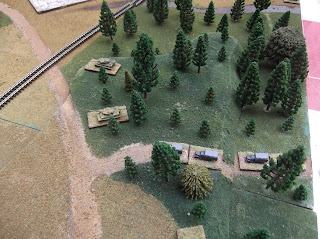 Swedes and Danes slugged it out at Gadebuch in 1712, on a lovely wintery board. 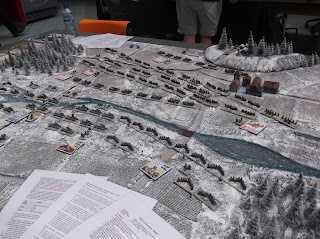 And another battle from the 100 Days Campaign was the massive Ligny game: 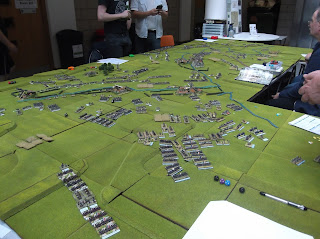 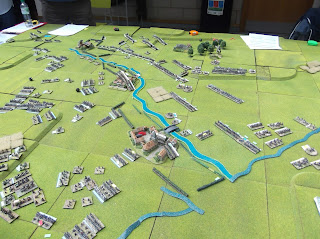 An ancients game of what looked like Romans versus Ancient British had some lovely scenery: 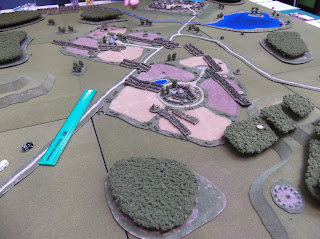 And the Cold War Commanders recreated Bjerkvik 1985, which I am assuming was a fictional Soviet attack on Norway. 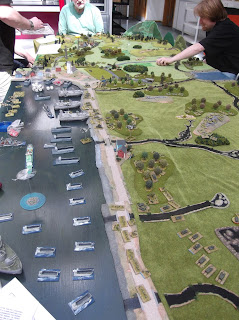 What was surprising about Gorodetschna 1812 was that the figures were largely MDF laser cut figures! Until you got in close and inspected them, you wouldn't have known they weren't lead at all! 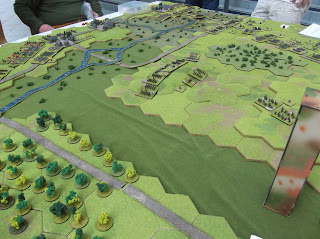 Again, the epic size of 6mm figures was really apparent with the DBMM game of Romans versus Carthaginians: 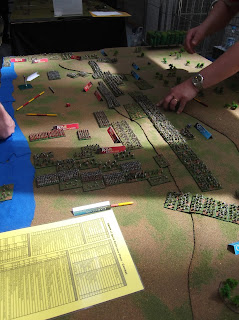 And from massive boards to tiny ones was this participation First World War game Old Puttees. 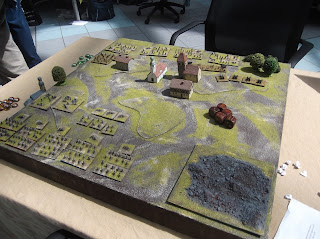 And finally Spartacus was spotted playing the Battle of Plassey 1757. 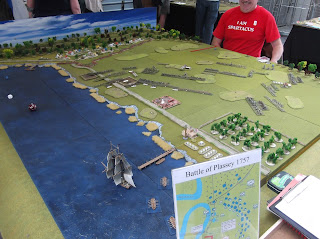 I also used the chance to pick up some more 6mm figures for my new Napoleonic project and an MDF La Haye Sainte from Commission Figurines. 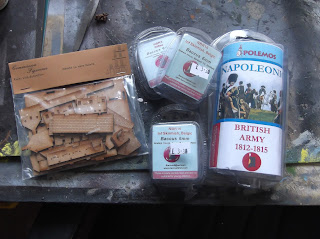 In other news, I based the Napoleonic British that I have been painting as a tester unit. I think the grass has really softened the harsh lines of the Blucher base: 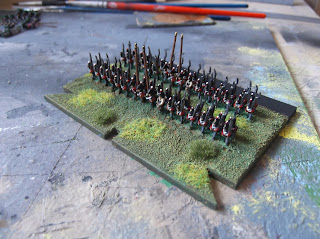 And I painted one of the British 18lbers from the Great War game: 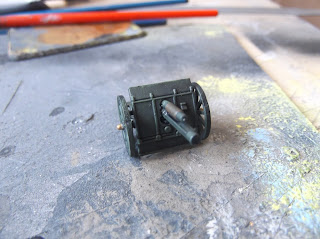 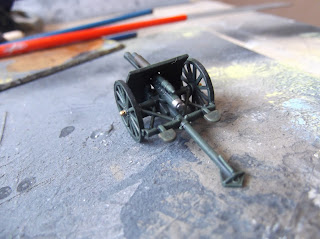 That's all for now, so thanks for reading!
Labels: 6mm Wargaming Shows