OK, I am so close to finishing the Stalingrad project that I began last September (!) that I can taste it! It has taken me a long slog to get to this point, but some of the final units are these German artillery pieces. They consist of the 150m sIG for the 544th Infantry Regiment (389th Infantry Div)'s gun company (plus a spare one that came in the pack) along with the 105mm LeFH18 Howitzer from the 389th Artillery Regiment. 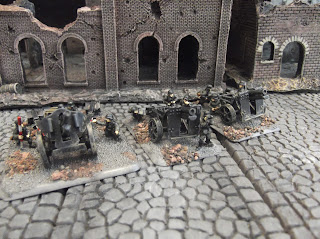 The guns are all by Command Decision, the crew is a mix of CD and Peter Pig. 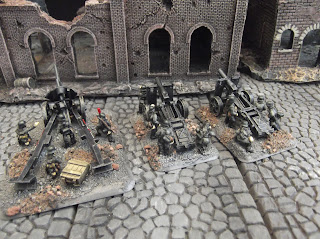 In the Rapid Fire! lists that I am using to put this project together there are actually supposed to be three of these howitzers in the 389th Art Reg. However, I am probably not going to add any more guns. The size of these things mean they should really be off board anyway, so I can argue that this is only for illustration purposes (and save myself £12, by not buying the other two...). 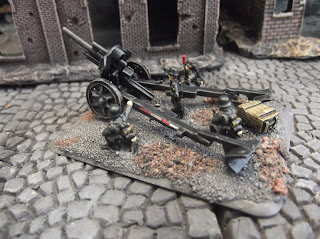 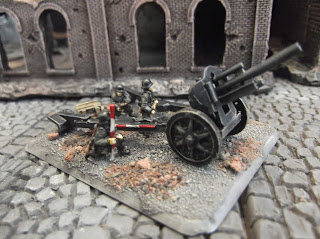 The 150mm sIG is a weird looking beast, brutal looking and pretty ugly, but it will do the job. The Command Decision have two of these which means I have a spare one, which will probably be put to use in other Stalingrad games in the future. 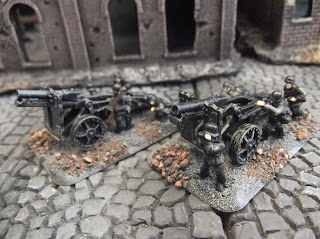 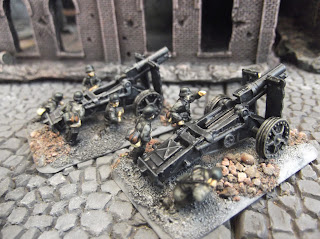 The Command Decision 105mm Howitzer also come with a towed version of the gun. I painted this and based it, although I don't have anything to tow it (maybe in the future...) and that is why it looks like it's floating! 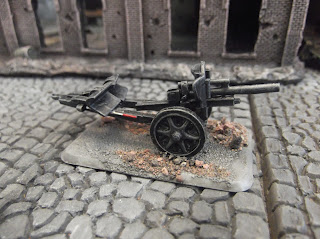 Also added were these three Soviet Zis trucks, from Zvezda. I bought these at Triples the other week and although they are not officially in the Soviet lists they will be used to transport the guns. 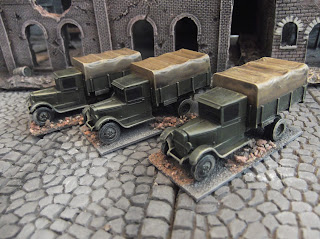 As I said, these are not in the lists, but if you look very closely at the pictures of the scenario in the Rapid Fire! Third Supplement, you can see a knocked out Soviet truck towing a Zis-3 gun, so I reckon it's legit... 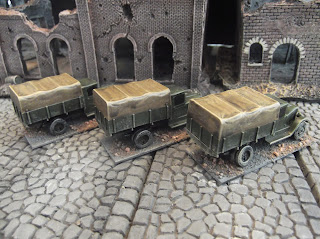 OK, there will be one more post on this build (not including the scenario AAR, when we finally play the game...) so stay tuned for more soon!

I am selling the rubble you can see on the bases of the vehicles on EBay, please take a look HERE if you are interested.