A Change from the Norm

In a complete break from the norm, I recently painted a Games Workshop Rhino APC. Don't worry, I haven't gone over to the dark side, there is a reason behind this. I bought it as part of a job lot of 40K stuff on EBay with the idea of reselling.

When it arrived it looked like a monkey had put it together and thrown paint at it from the other side of the room. It took a while to clean up all the glue and paint on the vehicle, I then added a couple of large guns to the sponsons and it was ready to repaint. 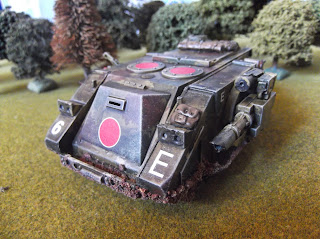 I decided to go with a typical German Second World War camo scheme of three tones. I know this isn't GW canon, but it makes for an interesting looking vehicle (and rather more realistic than the usual primary coloured GW fare). 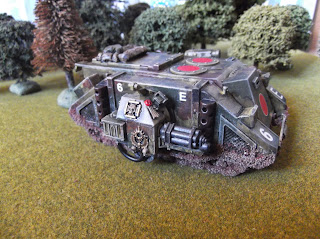 I also added a load of my pre-painted rubble as mud, this was enhanced by drybrushing with Khaki (which also shows you how versatile it is! Click the link above for the EBay listings). 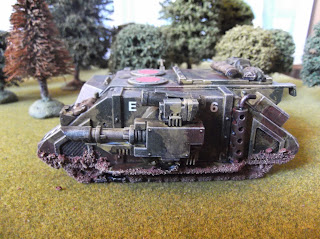 Decals were added from some spare ones that I have kicking about, along with some larger stowage that doesn't fit on my 15mm models so well. 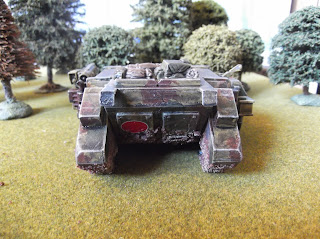 And that was it, pretty simple and a different kind of project for me. 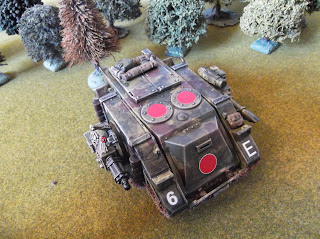 I bought this just to sell it and it went for a whopping £4.99 on Ebay! A little less than I would have liked but it did come as part of a job lot that I paid about £25 for and I enjoyed the building and painting, so it's not a major concern.