The last vehicle for the 14th Panzer Divison HQ is the self-propelled 20mm Flak gun, you may remember the half-track version I painted which was wrong. Well, this time, I have got the correct vehicle; a Sd.Kfz. 10/4. This is from Command Decision and is another fine model: 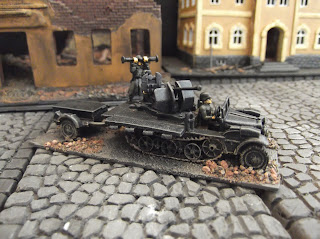 I added a couple of extra crew, not that it makes any difference in the rules. One (with the range finder) came from Command Decision and the other was a Plastic Soldier Company driver from the German Stowage set. At least I have found a use for one of them! 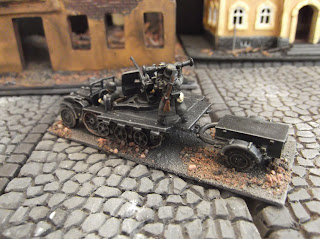 Also, having got the wrong model of Soviet gun, I rebased a spare Plastic Soldier Company Zis-3 to go in the AT Battalion of the 308th Rifle Division: 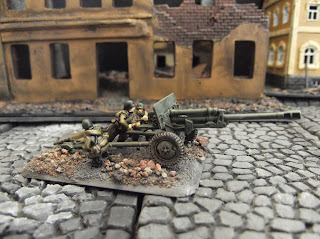 The crew came from Command Decision: 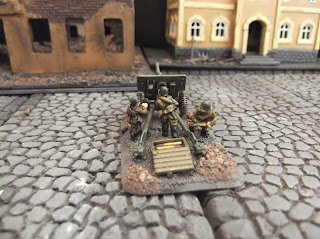 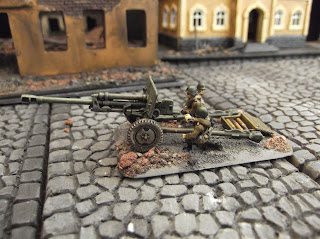 So I have now all the Russian units finished (except three trucks, which are not in the lists, but I thought I'd add them anyway...), so I just have to work my way through the German armour and guns.

The rubble that I use on the bases of these vehicles can be found for sale HERE on EBay! It comes in three colours and I use a mix of it to get the desired effect of urban rubble.