On Sunday Dean and I attended Triples, our local convention, here in Sheffield. It was hosted in the big English Institute of Sports, however, this year was a bit disappointing. There were a few notable absences in the traders, Skytrex for example, as I was after some more German guns for my current Stalingrad project. I didn't actually buy that much, just some Zvezda Russian trucks and some GW figures to paint and sell. There was very little to grab my attention, it could have been because it was Sunday afternoon and some of the traders and games had already left.

As ever, there was few good games (although I noted a couple that I had seen last year...) and here are a few photos to give you an idea of what was on show. I didn't take photos of everything, so apologies if I missed out a game or two!

First up was a great looking football hooligan game. I particularly liked the terraced houses: 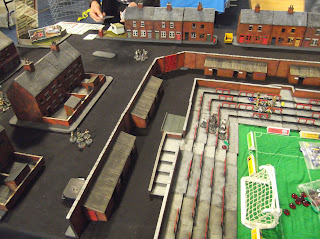 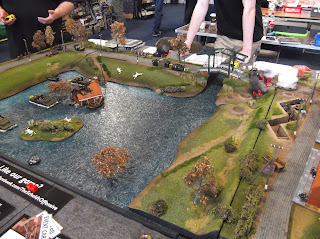 As it was the two hundredth anniversary there was a few Waterloo games, like this defence of Hougoumont: 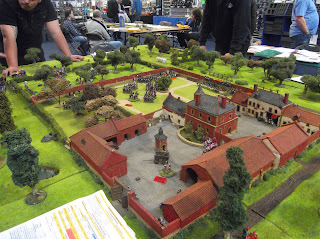 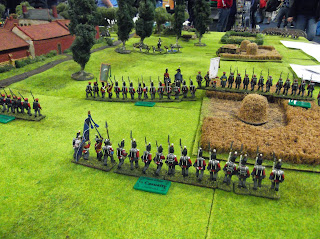 And this large scale version of the entire battle: 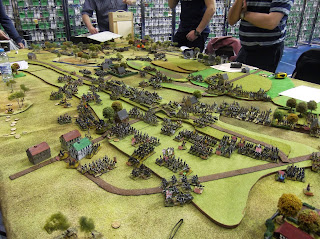 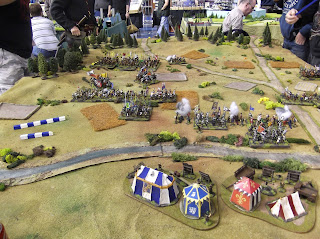 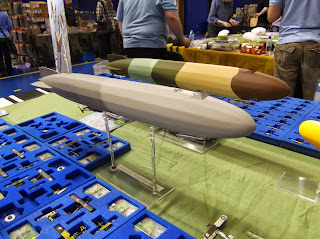 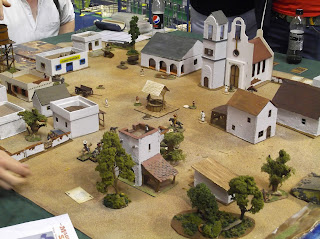 My favorite game was the Prussian attack on Plancenoit, in 28mm: 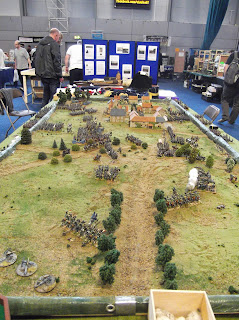 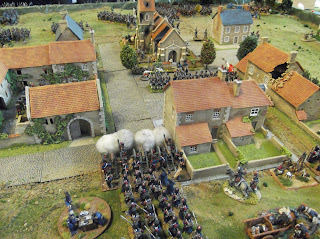 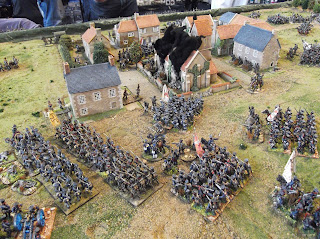 I didn't stick around to see who won, but I can guess the result. So that's it for another year, it does seem to be a bit on the wane, I hope this isn't the case and Triples can be returned to its former glory. However, I am sure someone will tell me that their takings were up this year, or there was more footfall than in previous events, but it just seemed quieter than usual to me and Dean.